Nitin Sawhney is behind musical scores to films like 'The Namesake' and 'Midnight's Children', has been made a Commander of the Order of the British Empire (CBE) for services to music. 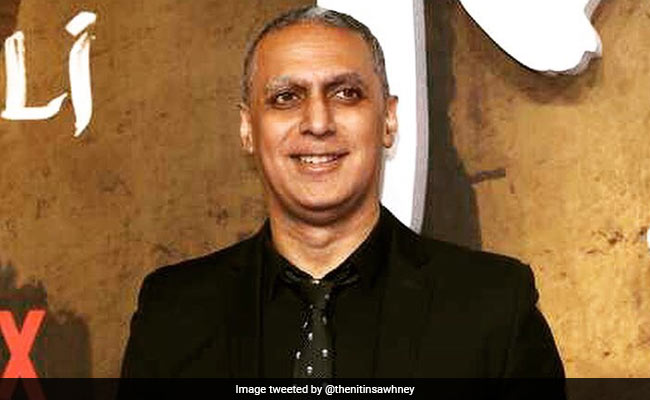 Nitin Sawhney is known for his original compositions for stage and screen.

Mr Sawhney, behind musical scores to films like 'The Namesake' and 'Midnight's Children', has been made a Commander of the Order of the British Empire (CBE) for services to music.

The 54-year-old UK-born artist, known for his original compositions for stage and screen, is joined by Gurinder Singh Josan and Dr Sridevi Kalindindi, who are also awarded CBEs for political service and services to Rehabilitation Psychiatry, respectively.

The annual honours list released towards the end of the year recognises the achievements of a wide range of "extraordinary people", with some of this year's highlights including Knighthoods for record-breaking England cricketer Alastair Cook, following his retirement from international cricket, and award-winning author Philip Pullman.

England's football manager Gareth Southgate has been honoured with an Officer of the Order of the British Empire (OBE) for his services to football after guiding the team to the World Cup semi-finals in Russia earlier this year.

Among some of the Indian-origin achievers honoured with an OBE include entrepreneur Vijay Patel, CEO of Waymade Pharmaceuticals, for services to Business and Philanthropy, Professor Daljit Singh Virk, Senior Research Fellow at Bangor University in Wales, for services to Tackling Poverty Abroad and Education in Derby and Sukhjeev Sandhu, Founder and CEO of Audeliss and Involve, for services to Diversity in Business.

The list of Members of the Order of the British Empire (MBEs) this year includes the likes of Sujata Banerjee for services to Dance, Paramdeep Singh Bhatia for voluntary service to Minority Communities, Dr Saroj Duggal for services to Asian and Ethnic Minority Women, and Gopal Krishan Gupta, Founder of the Gupta Group, for services to British Business and Philanthropy.

Rosie Kaur Ginday, the Founder and Director of Miss Macaroon Community Interest Company who hit the headlines in May this year among the few representatives of charitable organisations hand-picked by Prince Harry and Meghan Markle as guests to their wedding in Windsor Castle, has also been honoured with an MBE for services to the Community in Birmingham.

The chef, born in the UK to Punjabi parents, produces and sells "macaroons", or small round-shaped biscuits typically made from ground almonds and coconut, and her company ploughs back its profits into employment training opportunities for young people.

"My personal reward is that, as well as seeing young people flourish in what is a highly competitive industry and work confidently and diligently in the pressurised environment of a professional kitchen, I know my customers are also investing in these young people with the purchase of our products," she says.

Sylvia Jean Holder has been honoured with a Medallist of the Order of the British Empire for services to Education in Kovalam, India, and Ajay Gudka, Trustee of the Bhagvatinandji Education and Health Trust, receives an MBE on the Overseas List for services to Charity and the Community in Gujarat, India.

"This honours list continues to demonstrate the breadth of service given by people from all backgrounds from all across the UK," the UK Cabinet Office said.

In total 1,148 people have received an award this year, 70 per cent of whom are people who have undertaken "outstanding work" in their communities, either in a voluntary or paid capacity. Representing 47 per cent of the total, the list includes 544 women and 12 per cent are from the UK's black and minority ethnic (BAME) background.

A total of 43 awards go to medics and security officials involved in the response to the major terrorist incidents of 2017 and there are a number of awards for police officers nominated following a significant process undertaken jointly by the Greater Manchester, Metropolitan and City of London Police Forces to identify the most exceptional contributions from among those already recognised with Queen's Police Medals.

The Cabinet Office said that British Prime Minister Theresa May had provided a strategic steer to the Main Honours Committee that the honours system should support "children and young people to achieve their potential, enhance life opportunities, remove barriers to success and work to tackle discrimination".

The dramatic rescue of a boys' football team stranded in a cave in Thailand captivated the world in July.

Richard Stanton and John Volanthen, the first divers to reach the teenagers, have been honoured with the George Medal, the UK's second-highest civilian gallantry award.