"Women should know they too have arrived on the scene and their contributions will also be noticed," Indra Nooyi said. 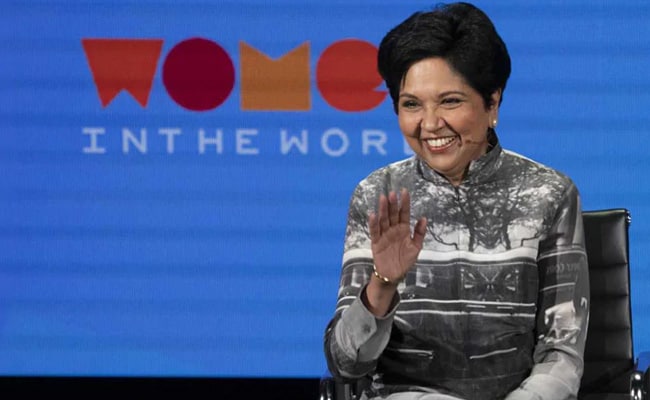 "Women's contributions will also be noticed irrespective of their background," Indra Nooyi said.

Women must not see themselves as second class citizens and know that they too have arrived on the scene, Indian American business executive and former CEO of PepsiCo Indra Nooyi said on Sunday.

"It does not matter where you are born and what your heritage is. I think the US gives a great opportunity to you to be anybody you want to be as long as you work hard, contribute positively to whatever you work on and have integrity," Ms Nooyi told news agency PTI in an interview.

The induction ceremony was marked with a star-studded gala that included former First Lady Michelle Obama and former Secretary of State Hillary Clinton, among others.

Ms Nooyi said it sends the message to the people that the US is a great country to make your future in.

"I think going forward, people like us paved the path for women to be viewed as equal, powerful and contributing as anybody else. And, so women should not feel like second class citizens. They should know they too have arrived on the scene. And their contributions will also be noticed irrespective of their background," she said.

"I think that's the key thing. To be an Indian American, to be included among business leaders in the portrait gallery basically says, here is a country that only cares about your contribution, not necessarily where you came from and who you are," she said.

"It is a pretty special day today. Special because I've just begun to understand the value of the portrait gallery. I didn't know a portrait gallery existed because I had never been to one. So, I came to visit this gallery about a year ago when they informed me about this. I was simply blown away by the fact that such a gallery existed, that portraiture is a way to tell the story of the country and all the people who contributed to it," she said.

Responding to a question, Ms Nooyi said she hopes her induction in the gallery is not just a message for women, but a message for all business people.

The former Pepsico chief said she was informed about her induction about a year ago, when she made her first visit to the gallery.

"It''s a walk down memory lane in history who made history. That it's spectacular," she said.

"I came on the portrait gallery with gratitude for not anyone portrait, but for groups of portraits that gave me a window into the country. The one that probably is most memorable for me is the photograph of the women''s Supreme court justices," she said.

The president's gallery, she said, is fantastic.

"I mean, as a person, who was not born here, now to go to see the history of presidents and their contribution to the country, you almost, when you look at each of the portraits, the personality of the presidents jumps out at you," she said.