Randhawa paid for the bomb using crypto-currency and arranged for its delivery to an address away from his home. 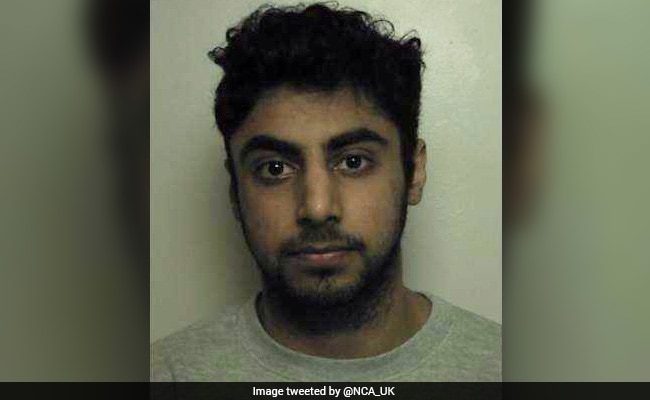 Gurtej Singh Randhawa was arrested in May last year.

London: An Indian-origin teenager has been sentenced to eight years in jail by a UK court for trying to buy explosives online to kill his conservative Sikh father who did not approve of his white girlfriend.

Gurtej Singh Randhawa was arrested in May last year after undercover officers from the UK's National Crime Agency (NCA) replaced a explosive he ordered online with a harmless dummy device before it was delivered.

The 19-year-old was convicted of maliciously possessing an explosive substance with intent to endanger life or cause serious injury at Birmingham Crown Court in November 2017 and was handed the custodial sentence by the court yesterday.

"I have no doubt that this offence was motivated by your desire to live with your girlfriend and attend university together. How the major changes in your life that you wished for were to be achieved included endangering the life of your father by setting off an explosion in his car. This was an offence of astonishing audacity," Justice Cheema-Grubb told Randhawa during the sentencing hearing.

"You are plainly highly intelligent and capable of determined  manipulation. You told sustained lies to your girlfriend and her family about your own parents, particularly your father," the judge noted.

Randhawa paid for the bomb using crypto-currency and arranged for its delivery to an address away from his home. His trial was told how he had ordered the device after his mother discovered he was in a relationship with a girl she disapproved of.

The court was also told that the former pupil from Wolverhampton Grammar School had accepted an offer to study medicine at Liverpool University.

Randhawa had previously pleaded guilty to attempting to import explosives but was found guilty of the more serious charge of maliciously possessing an explosive substance with intent to endanger life or cause serious injury.

"The explosive device Randhawa sought to purchase online had the potential to cause serious damage and kill many people if he had been successful in using it," said the NCA's Tim Gregory.

"He was not involved in an organised crime group or linked to terrorism, but is clearly an individual who poses a significant risk to the community. Identifying people like Randhawa - who seek to access illegal firearms and weapons - is a priority for the NCA and we will not stop in our efforts to make sure they are arrested and held accountable for their actions," he said.

Randhawa had tried to buy a Vehicle Borne Improvised Explosive Device (VBIED), a remote-detonated explosive device, from the so-called dark web of hidden sites on the internet.

Promoted
Listen to the latest songs, only on JioSaavn.com
NCA officers replaced the package with a dummy and allowed it to be delivered to the address in Wolverhampton provided by Randhawa and watched him test it before swooping in to arrest him.

Two women - aged 45 and 18 - were also arrested at the same time by the NCA Armed Operations Unit but were later released with no further action.
Comments
Indians Abroad