Gurbaz Singh from Surrey was ascending the peak with friends on Tuesday marking his 90th mountain climb when he lost his footing on ice and fell from a section of the mountain. 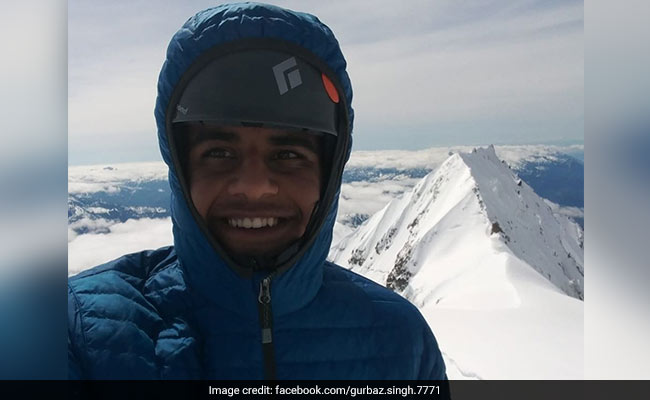 A 16-year-old Indian-origin mountain climber from Canada miraculously survived a 500-feet fall from the 11,240 feet Mount Hood, the highest summit in coastal US state Oregon, according to media reports.

Gurbaz Singh from Surrey was ascending the peak with friends on Tuesday marking his 90th mountain climb when he lost his footing on ice and fell from a section of the mountain known as The Pearly Gates to the Devil's Kitchen area below, the CNN affiliate KATU channel reported.

A team of search-and-rescue coordinators hiked up to the injured climber, who was stranded at an elevation of about 10,500 feet. Due to the location and elevation, the rescue operation took several hours.

Mount Hood is the highest summit in Oregon and the most-visited snow-covered peak in the nation, according to the US Forest Service. More than 10,000 people make the climb each year, according to officials.

"He thought he was going to stop somewhere, and he was trying to arrest the fall with his ax, but it just didn't happen because he was rolling so fast that he couldn't do it," Gurbaz Singh's father Rishamdeep Singh told KATU.

The teen who underwent a surgery in a hospital in Portland credits his training and wearing a helmet as reasons why his injuries weren't more severe.

"We looked at my helmet afterwards and it was just destroyed... I'm so lucky," he told CTV News.

Rescuers located Gurbaz Singh and managed to splint his leg, then began the slow descent down the mountain four hours after his initial fall.

The father said once Gurbaz Singh is fully healed he and his son plan on going back to Mount Hood and conquering the climb together.