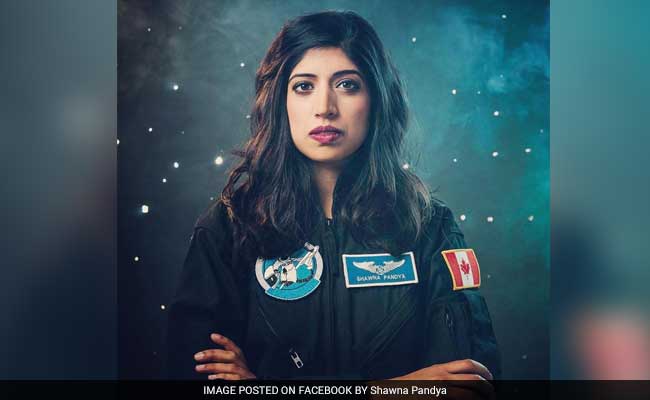 Astronaut Shawna Pandya said she had interned with NASA but was no longer with the space agency.

New Delhi: In a Facebook post, Indian-origin astronaut Shawna Pandya has denied that she has been shortlisted by NASA for a space mission. Reports had said that the 32-year-old would be part of NASA's 2018 mission under the Citizen Science Astronaut programme. She has clarified that she once interned at NASA but is not affiliated with it now.

Stating that reports on her had "more than a few misstatements", Ms Pandya posted, "There has been no new announcement, flight assignment or selection of missions with respect to my work as a citizen-scientist astronaut with Project Possum or The PHEnOM Project. I am no more or less likely to fly than any other member of than these projects than I was 24 hours ago."

She calls herself as a steadfast, committed and dedicated teammate and crew member for both projects.

Described as the third Indian woman to be chosen for a NASA space mission after Kalpana Chawla and Sunita Williams, Ms Pandya clarified that her work was "separate from the work of the Canadian Space Agency and that of NASA, and should not be represented as such."

The Canadian Space Agency astronaut selection, she said, is ongoing and will be finalized this year. "I am not a part of the selection. While I have previously interned at NASA-Johnson Space Center, I have no current affiliation with either organization, and would like to clarify that any reports or articles claiming as such are mistaken."

The Canada-based astronaut also says she is not a neurosurgeon but trained in the field for a short time.

Ms Pandya is currently visiting Mumbai, where her grandmother lives.

Promoted
Listen to the latest songs, only on JioSaavn.com
A Press Trust of India report said she was not just a doctor and an astronaut but also an opera singer, an international champion in taekwondo and has trained with a Navy SEAL.

In her Facebook post, she clarifies, "I am not an opera singer; I have sang opera on stage once. It went well and I would do it again."
Comments
Shawna PandyaNASACitizen Science Astronaut programmeProject PossumPHEnOM Project