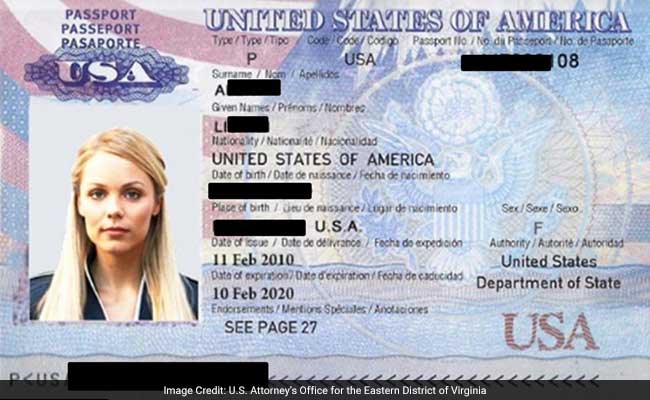 ALEXANDRIA, Va.: Amit Chaudhry said it was family loyalty that brought him in an international identity theft scheme so vast it ensnared a television actress.

"I never really dreamt of being a felon," the 44-year-old from Ashburn, Virginia, said in Alexandria federal court on Thursday before being sentenced to nine years in prison. "This is going to haunt me for the rest of my life."

On Sept. 21 he pleaded guilty to identity theft and money laundering. He faced up to 20 years in prison.

A native of India, Chaudhry helped relatives overseas operate a multimillion-dollar scam that involved laundering money from stolen credit cards and identities through shell bank accounts. He was part of a related scheme advertising cheap travel packages. Customers' money would be stolen, and their hotel and airfare would be paid for with stolen credit cards. Many of the more than 1,000 victims found parts of their trips canceled after the fraudulent charges were discovered.

The group made over $25 million off fake credit cards, helped by a co-conspirator working at American Express in India. When their charges were challenged, they would use images of fake passports to back them up.

The scheme was uncovered in part because an FBI agent recognized actress Laura Vandervoort in one of those passports. The image was taken from a scene from the television show "V" involving visas, authorities said. Vandervoort, a Canadian, also played Supergirl on the TV series "Smallville" and last year appeared as the character Indigo on the "Supergirl" series.;

The image, authorities said, helped make clear some of the group's online behavior.

Chaudhry's attorneys said he was acting at the behest of relatives in India.

"This was all done out of family loyalty," defense attorney Danny Onorato said.

But Chaudhry, who emigrated from India in 1992, was also behind visa fraud and embezzlement schemes that had nothing to do with those crimes.

"What we're dealing with here is not a casual wrong turn," said Jeffrey Abish, the chief information officer for the defrauded company ActionNet. Chaudhry sent inflated and imagined IT invoices to the company, netting $4.1 million that he has now pledged to repay.

Onorato said Chaudhry has been diagnosed with Asperger's syndrome, which might help explain his behavior. Assistant U.S. Attorney Katherine Wong protested: "Asperger's doesn't cause anyone to steal or open credit card accounts in someone else's name."

Chaudhry is cooperating with authorities, who are still finding more victims and tracking down co-conspirators in the United States and abroad. Five of those co-conspirators have already pleaded guilty in Alexandria; two have been arrested in India.

Promoted
Listen to the latest songs, only on JioSaavn.com
Chaudhry said in court that his cooperation has made him a target of verbal and physical harassment in the Alexandria jail. But prosecutors said he will also likely get his sentenced reduced at some point for his help.