"Exercise Due Diligence": Students Advised Before Seeking Admission In US

In the unusual advisory, Indian students are advised to take into account several factors, in particular three questions. 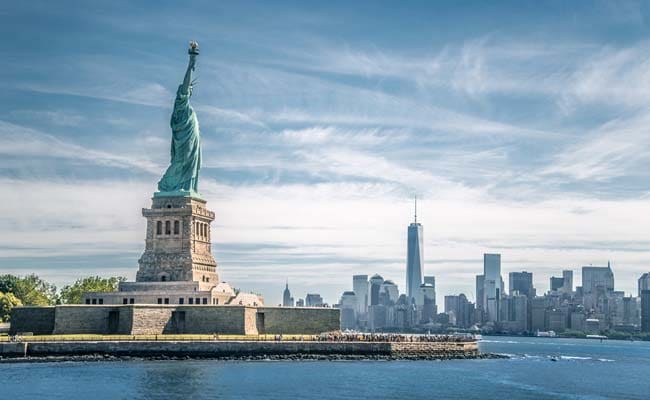 Students from India are advised to "exercise their due diligence" before seeking admission into American universities, the Indian Embassy has said, months after over 100 Indians landed in trouble for enrolling at a fake educational institution set up by US authorities to expose immigration fraud.

In the unusual advisory, Indian students are advised to take into account several factors, in particular three questions.

"Does the university function from a campus or merely maintains a website and has administrative premises only? If not, such universities are not to be regarded as a bonafide educational institution and admission into such universities should be avoided."

"Does the university have a faculty and regular instructors/educators? If not, admissions to such universities should be avoided. It may be noted that such universities typically employ only administrative staff and their websites have no information in respect of faculty," the advisory said.

"Does the university have a proper curriculum, hold regular classes and actively implement academic or educational activity? If not, admissions to such universities may be avoided.

"Students admitted to such universities, even if in possession of regular student visa, may be tried for violation of visa norms and subjected to detention and subsequent deportation from the US," it said.

In January, the US authorities busted a "pay to stay" visa racket and arrested 129 Indian students for enrolling at a fake university allegedly to remain in the US.

The university in Detroit's Farmington Hills was part of an undercover operation by the Department of Homeland Security designed to expose immigration fraud, according to federal prosecutors who announced charges in the case.

The advisory comes in the wake of hundreds of Indian students becoming a victim of either fake universities or those established by federal agencies to trap recruiters engaged in immigration fraud.
"In order to ensure that Indian students do not fall into such ''traps'', it is advised that due diligence be exercised while seeking admission in US Universities," said the Indian Embassy spokesperson Shambhu Hakki in an advisory issued for Indian students.

"The fact that a university is duly accredited by relevant US authorities such as its inclusion in the Student and Exchange Visitor Programme (SEVIS), is not an assurance in itself about the bonafides of a university," the advisory said.

In recent years, instances of "fake" universities set up by the US law enforcement agencies have come to light, the advisory said.

According to the US law enforcement, these universities are run by undercover law enforcement agents of the US, who pose as owners and employees of the university. The sole objective of such operations is to identify recruiters and entities engaged in immigration fraud in the US, it said.

In both cases, a number of Indian students enrolled into these universities, paid the requisite tuition fee and were granted F1 visa as well as Curricular Practical Training (CPT) permission.

These Indian students, many of whom claimed later that they were caught unawares, were subsequently detained by the US law enforcement agencies and subjected to deportation proceedings, the advisory said.

"They were accused of having violated the US immigration laws and of knowingly remaining enrolled in a ''fake'' university for the sole purpose of continuing their stay in the United States without the intention of pursuing any academic activity," it said.

This advisory is not exhaustive and intended only to provide general guidance to the students in taking the right decision while seeking admission in US universities, the Indian Embassy added.