Firoz Merchant promised to provide USD 130,790 (Dh 480,000) a year to fund the air tickets for released prisoners, to help them go back to their country and reunite with their families. 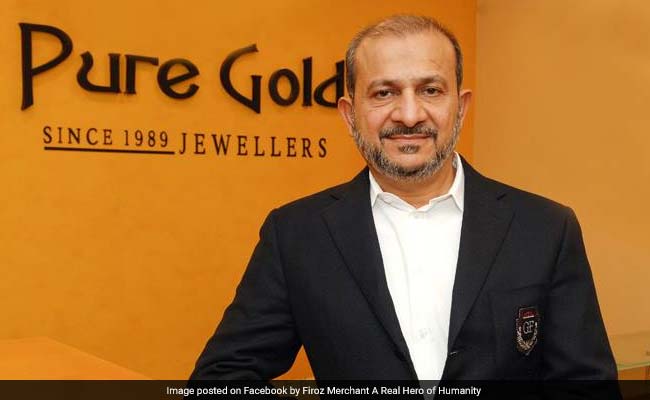 Firoz Merchant has just secured the release of 132 prisoners by paying off combined borrowings.

Dubai: A Dubai-based Indian billionaire will donate a total of USD 130,790 a year to fund the return tickets of expatriates prisoners who have been released from jails in the UAE.

Firoz Merchant, founder and chairman of Pure Gold Jewellers, has just signed a memorandum of understanding with the UAE's Faraj Fund, a charity initiative that seeks to promote the welfare of inmates in the country.

Mr Merchant promised to provide USD 130,790 (Dh 480,000) a year to fund the air tickets for released prisoners, to help them go back to their country and reunite with their families.

Faraj Fund was established in June 2009 in Abu Dhabi through a decree issued by the Minister of Social Affairs.

The fund will be extended to inmates who cannot afford to pay for their airfare. The Dh40,000 monthly budget will be released to Faraj Fund once it submits a list of deported inmates.

Mumbai-born businessman, who has an ongoing initiative to help clear the debts of expatriates who land in jail, has just secured the release of 132 prisoners by paying off combined borrowings worth Dh150,000.

"These prisoners are victims of circumstances and are not real criminals. They are in jail because of debt," Mr Merchant had said.

Mr Merchant is also working on providing financial aid to Ajman Police for the medical treatment of a policeman suffering from neurological disorder. An amount of Dh60,000 shall be allocated for his Chinese acupuncture treatment in Jordan.

"In unity with the Year of Giving initiative, we are working with the prison and law enforcement authorities to help insolvent prisoners; as well as members of the police force who work hard to ensure we continue to live in a secure and happy community," Mr Merchant said.
Comments
Firoz Merchantclearing debtsprisoner debtsDubai-based Indian billionaireexpatriates prisonersFaraj fund

Applications For H-1B Visa To Be Accepted From April 1: US