Pratap Singh and his wife Ms Mayuari were visiting the popular White Island in New Zealand when the volcano erupted on December 9. 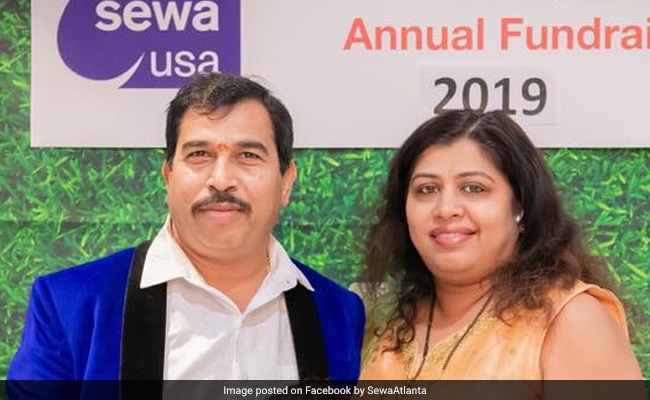 Pratap Singh and Mayuari were visiting the popular White Island on December 9. (Facebook)

An Indian-American businessman has become the latest victim of a massive volcanic eruption in New Zealand after he succumbed to his burn injuries, over a month after his wife died in the same tragedy, leaving their three children orphaned.

Pratap Singh and his wife Mayuari were visiting the popular White Island in New Zealand when the volcano erupted on December 9.

Police in New Zealand on Wednesday confirmed that another victim died of his injuries in Middlemore Hospital.

Mr Singh, also known as Paul, had suffered burns to more than half of his body and had remained in the hospital in New Zealand's Auckland, where he died this week, New Zealand Herald reported.

The couple's three children and Ms Mayuari's mother stayed on the ship and were not injured in the eruption, Atlanta-based WSBTV reported.

Forty-seven people from a Royal Caribbean cruise ship were visiting the tourist destination when the volcano erupted, killing 13 initially and leaving more than two dozen hospitalised with severe burns. Twenty-one people have now died as a result of the eruption.

Mr Singh was the Atlanta branch president of Sewa International, a not-for-profit organisation "inspired by the noble tradition of service before self" which also promoted philanthropy, the report said.

The family said in a statement, "With an incredibly heavy heart, I disclose that my Uncle Pratap Singh (nicknamed "Paul") is the latest victim who did not survive from the Whakaari White Island incident. He had suffered 55 per cent burns in the volcano eruption that occurred on December 9, 2019.

"He was transferred from Whakatane Hospital on December 10th to the Critical Care Unit in Middlemore Hospital. Throughout his surgeries and treatment process, he fought bravely and battled hard for 50 days - the doctors described him as a "fighter".

"We all should be proud of the way he fought. He was on the Island with his wife Mayuari Singh (nicknamed "Mary"), who was also admitted into the Middlemore ICU with 72 per cent body burns. She battled for 13 days before passing away on December 22, 2019," the statement said.

"Paul and Mary are survived by three children: 11-year-old son, and 6-year-old twin daughters (names not provided for privacy, they will remain in precious care of immediate family members, the statement said.

New Zealand authorities are investigating the circumstances around the disaster. Many have questioned why tourists were allowed on the island after its alert level was raised by authorities three weeks before the eruption.