Festival Of India Across 6 Cities Of Australia 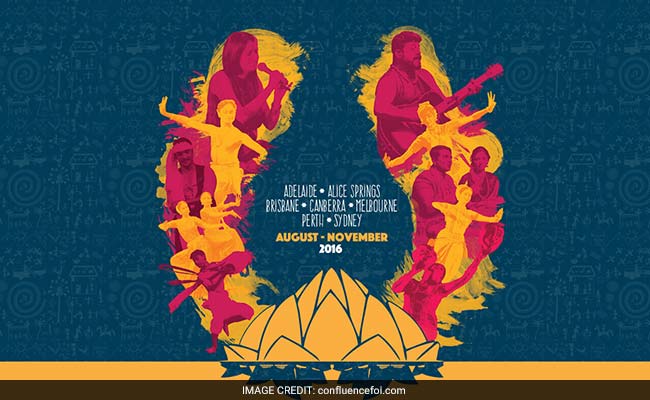 "Confluence: Festival of India," was announced by PM Modi during his visit to Australia in 2014.

New Delhi: A 10-week-long festival showcasing dance, music, theatre, sports and other visual arts from India and Australia is set to launch next month across six cities of the island nation, and aims to foster cultural ties between the two countries.

The "Confluence: Festival of India," which was announced by Prime Minister Narendra Modi during his visit to Australia in November 2014, will witness some of the finest elements from the rich tapestry of Indian culture and civilization.

Celebrating the initiative that is scheduled to continue till November this year, a reception was hosted at the High Commission in New Delhi yesterday.

"Culture is central to the Australia-India relationship and this impressive festival will provide a great opportunity for the people of our two nations to deepen their understanding of each other's cultures," Harinder Sidhu, Australian High Commisioner said.

The wide array of events lined up for the gala spectacle will include Odissi and Bharatnatyam performances by Nrityagram and Kalakshetra, a life-sized puppet show by contemporary puppeteer Dadi Pudumjee, singer and composer Raghu Dixit's unique mix of world music, spell-binding music of Sonam Kalra's Sufi Gospel Project and Bollywood flash mobs among others.

"This event will provide an insight about Indian culture to people who otherwise only see it once in a while in some sanitized television programmes.

"I think it will give a cross-section of how rich this culture is and with this collaborated effort we are looking at much more interaction between the people of two countries," VK Singh, Minister of State for External Affairs said.

The festival will also foster collaborations between artists from both countries.

Promoted
Listen to the latest songs, only on JioSaavn.com
A conference on Yoga: Science of Infinite Possibilities that will juxtapose ancient Indian wisdom with the latest medical research will also be a part of the festival.

"This reflects the spirit of collaboration. Events like such will generate goodwill creating enduring bonds between the artist circles on both sides," C Rajasekhar, Director General of Indian Council for Cultural Relations (ICCR) said.