Preeti Maheshwari, a teacher at an international school in Shenzhen, is being treated for Streptococcal infection, her husband Ashuman Khowal told PTI from Shenzhen. 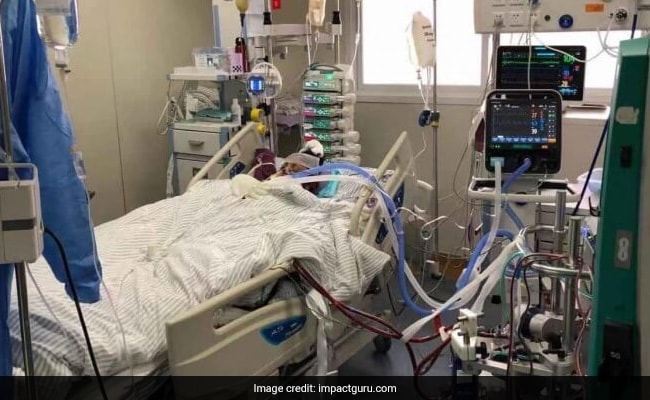 A 45-year-old Indian school teacher in the Chinese city of Shenzhen is undergoing treatment for a Streptococcal infection which was initially suspected to be a case of mysterious SARS-like coronavirus prevalent in the country.

Preeti Maheshwari, a teacher at an international school in Shenzhen, is being treated for Streptococcal infection, her husband Ashuman Khowal told PTI from Shenzhen.

He said the doctors said she was being treated for the infection in the intensive care unit and is currently on a ventilator and other supporting systems.

Initially it was suspected that Ms Maheshwari may have been suffering from a new type of coronavirus. Mr Khowal, however, clarified that his wife case had been diagnosed as Streptococcal infection.

Chinese city of Wuhan is currently under the grip of a new mysterious viral pneumonia. According to the official media reports, tentative diagnosis of the pneumonia is caused by a coronavirus.

The virus has caused alarm because of its connection to SARS (Severe Acute Respiratory Syndrome) which killed nearly 650 people in China and Hong Kong in 2002-2003.

According to the reports from Wuhan, where the virus started surfacing few weeks ago, 17 new cases have been reported, taking the total number of cases to 62.

A total of 19 have been cured and discharged from the hospital, and the rest remain in isolation and are receiving treatment, state-run Xinhua news agency reported on Sunday.

Two people in Shenzhen are currently in quarantine at the Third People's Hospital, which specialises in the treatment of infectious diseases, Hong Kong-based South China Morning Post reported.

India on Friday issued an advisory to its nationals visiting China following a second death due to the outbreak of the new strain of pneumonia in the Chinese city of Wuhan where over 500 Indian medical students are studying.

"An infection with a novel coronavirus has been reported from China. As on 11th January, 2020, 41 confirmed cases have been reported so far," said the travel warning issued by India.

Travel-related cases have been reported one each in Thailand and Japan.

Over 500 Indian students study in the Wuhan city's medical colleges in universities. Most of them appear to have left for home for the Chinese New Year holidays.

The clinical signs and symptoms of coronavirus infection are mainly fever with a few patients having difficulty in breathing, the Indian travel warning said.

Mode of transmission is unclear as of now. However, so far there is little evidence of significant human- to-human transmission, it said.

The patients showed symptoms such as fever or cough, the Wuhan Municipal Health Commission said.

Epidemiological investigations into the 17 new cases are underway and close contacts are being traced, the authority said, adding that Wuhan will continue to expand the search area, identify suspected cases and conduct sampling tests.

Epidemiological analysis of previously published cases found that some cases had no exposure to Wuhan's Huanan Seafood Wholesale Market, which is believed to be related to most of the infected cases. It has been temporarily closed while disinfection is carried out, the Xinhua report said.

A total of 681 among 763 close contacts who were placed under medical observation have been released. No cases were found among the close contacts.