Victims ranged from high profile individuals to private individuals who thought they were paying money to their conveyancing solicitor during a property transaction. 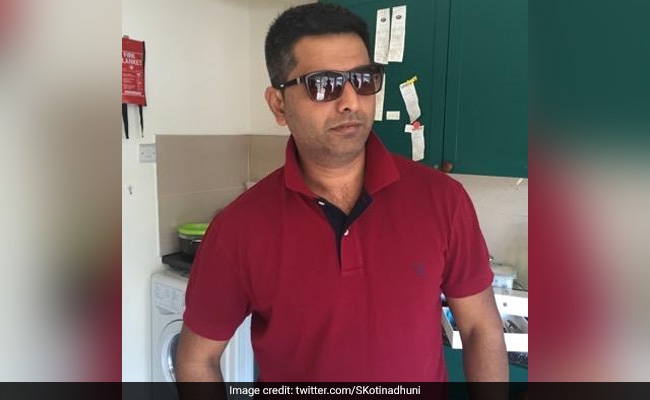 An Indian national is among a gang of five men jailed by a British court for a total of over 30 years for an online fraud conspiracy involving a 10-million pounds payment diversion scam.

Satish Kotinadhuni, 44, was arrested from his home in east London and charged in June last year with conspiracy to commit fraud and conspiracy to convert criminal property.

"Satish Kotinadhuni was a "mule herder". He would procure hundreds of bank accounts for use in the fraud," the Metropolitan Police said.

"Such accounts were sourced from dishonest people who were prepared to 'sell on' their own bank accounts for a fee whilst knowing that they would be used for fraud," the police said.

Officers based in the North West London Economic Crime Unit, which forms part of the Met's Specialist Crime Directorate, identified a total of 235 separate frauds, committed from 2014 to 2019, totalling 9,218,522.76 pound.

The number of victims were traced with the help of the UK's National Fraud Intelligence Bureau whose Action Fraud service allows both domestic and overseas victims to report fraud online.

"This has been a long trial due to the defendants' refusal to accept their guilt despite overwhelming evidence," said Detective Constable Chris Collins of the Met's Economic Crime.

"A common feature in this case was the use of mule bank accounts. I advise anyone conducting financial business by email to verify the bank account they are sending their money to by contacting the intended recipient by means other than email," Mr Collins said.

"Furthermore, people should be aware that a genuine investment company would not use different private bank accounts in different names in a legitimate transaction," he added.

The main method employed by the gang was the use of Malware to steal the login credentials of email accounts belonging to businesses and private individuals worldwide.

This would allow the fraudsters to monitor the chosen email accounts for high value financial transactions. Having identified a legitimate financial transaction between two parties, email conversations were intercepted and spoof emails sent so that victims were duped into paying funds into UK based "mule" bank accounts, controlled by the fraudsters instead of their intended legitimate destination.

Another method involved conning victims out of thousands of pounds by selling investments in "Binary currency trading schemes" that did not exist.

Victims ranged from high profile individuals and organisations to private individuals who thought that they were paying money to their conveyancing solicitor during a property transaction.

In order for the fraud to operate, a ready supply of mule accounts were needed and a total of 100 mule accounts featured in the investigation, the Met said.

Two other Nigerian nationals and a German-born Ghanian were among the other gang members jailed for an average of six years each.