Nobel Prize 2019: Abhijit Banerjee and Ester Duflo are both professors at the Massachusetts Institute of Technology (MIT) in the US. 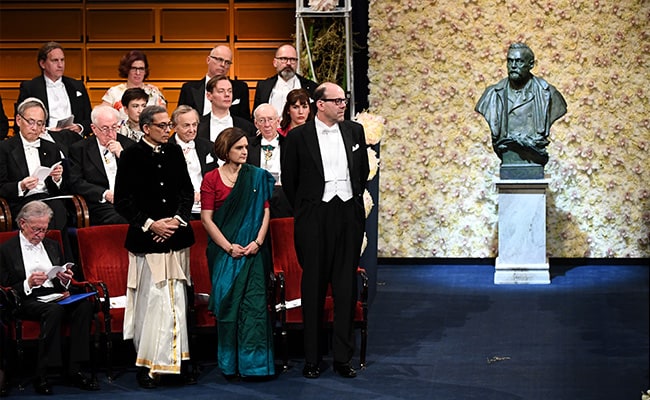 Abhijit Banerjee shares the Nobel with Esther Duflo - they are married - and Michael Kremer.

Indian-American economist Abhijit Banerjee and Esther Duflo received the 2019 Nobel Prize in Economic Sciences with Michael Kremer in Sweden on Tuesday. Dr Banerjee and Dr Duflo, who are married to each other, wore Indian attire for the awards ceremony at the Concert Hall in Stockholm.

Dr Banerjee, 58, turned up in a cream kurta that he teamed with a white gold-bordered dhoti and closed neck black vest, a nod to his Bengali origins. French-American Dr Duflo wore a blue saree, red blouse and a red bindi.

In a tweet, the Nobel Prize committee shared a small video of the three economists receiving the award.

They were awarded the 2019 Prize in Economic Sciences "for their experimental approach to alleviating global poverty." pic.twitter.com/c3ltP7EXcF

"The research conducted by this year's Laureates has considerably improved our ability to fight global poverty. In just two decades, their new, experiment-based approach has transformed development economics, which is now a flourishing field of research," the organisation said on its website. Following the announcement of Nobel in October, Abhijit Banerjee's criticism of the state of the Indian economy and the government's policies had fueled a debate with BJP leaders like Union Minister Piyush Goyal hitting back sharply, calling him a "left-leaning" economist.

Against this backdrop, his meeting with Prime Minister Narendra Modi generated much interest.

Prime Minister Narendra Modi tweeted that he had an "excellent meeting" with the Nobel winner. "His passion towards human empowerment is clearly visible. We had a healthy and extensive interaction on various subjects. India is proud of his accomplishments. Wishing him the very best for his future endeavours," said the PM. 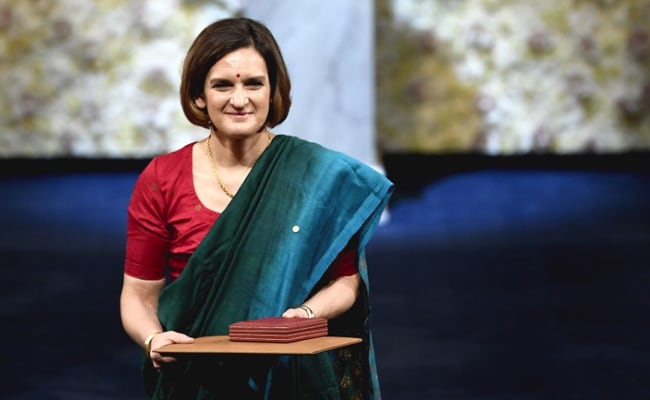 Esther Duflo is the second woman to win the Nobel Economics Prize in its 50-year existence.

Dr Banerjee and Dr Duflo, 46, are both professors at the Massachusetts Institute of Technology (MIT) in the US. Esther Duflo is the second woman to win the Nobel Economics Prize in its 50-year existence, following Elinor Ostrom in 2009.

The other Nobel prizes for literature, physics, chemistry and medicine were also handed over on Tuesday.