49 Workers Stranded For Months In UAE Brought Back To India: Report

The expats were unpaid for the last six months after two Dubai-based carpentry firms owned by Indians shut during the coronavirus pandemic without informing their staff, the report said. 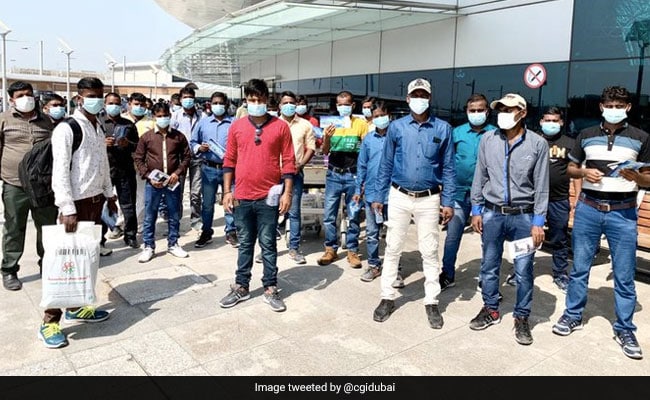 The expats reached out to the Indian Consulate in Dubai in July and sought help to return home.

Stranded in the UAE for several months amid the pandemic after their offices shut down, 49 Indians have now been repatriated after the Indian mission in Dubai helped them secure their passports and security deposits from two companies, a media report said today.

The expats were abandoned and unpaid for the last six months after two Dubai-based carpentry firms owned by Indians shut during the coronavirus pandemic without informing their staff, the Gulf News reported.

The expats reached out to the Indian Consulate in Dubai in July and sought help to return home.

"The workers had been in dire straits after the companies were shut and the Indian employer went unreachable. They had not been paid for about six months and they reached out to the consulate for help to return home," Neeraj Agrawal, Consul for Press, Information and Culture, was quoted as saying in the report.

He said the mission has provided food supplies to the workers since July.

"However, the workers' passports were still under the custody of the companies. Though the owner was not reachable, the consulate somehow contacted the PROs of the firms and the workers' passports and security deposits (3,000 dirhams each) were taken with the support of Dubai Police and Al Adheed Centre of Dubai Courts which provides services related to labour disputes," he said.

Following the intervention by the Consulate, the expats were able to return home safe.

"Consulate is #HappyToAssist more than 45 Indian labourers who were abandoned by their employers. CGI provided them with rations for more than 3 months and helped to retrieve their passports from their employer. The labourers returned in batches to India with the support of the Consulate," the mission said in a tweet.