Himanshu Sharma was doing his internship as a fifth-year architecture student at Manipal Academy of Higher Education (MAHE Dubai Campus) at the time of his death. 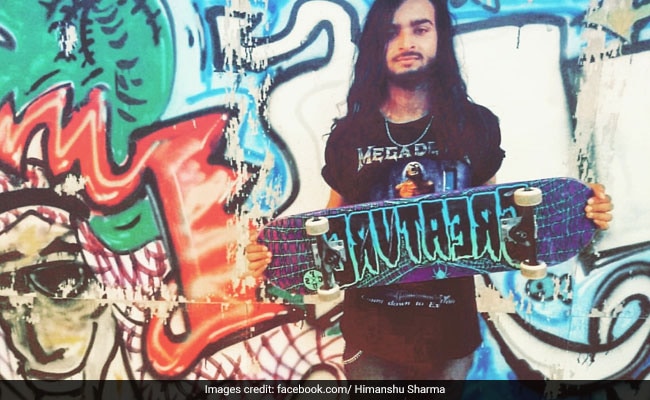 Himanshu Sharma aka Shaggy was part of a Dubai-based band and was popular in colleges.

A 22-year-old popular Indian guitarist was found dead in his apartment in Dubai, a media report said Friday.

Himanshu Sharma, popularly known as Shaggy, was found dead at his apartment in Garhoud, about 14 kilometres from Dubai on Wednesday.

The Dubai Police have confirmed Mr Sharma's death. The police have referred his body to the forensic medicine department and the report showed no irregularity in the guitarist's death, the Khaleej Times reported.

"His body will be handed over to his family after the completion of administrative procedures," the police said.

Himanshu Sharma was doing his internship as a fifth-year architecture student at Manipal Academy of Higher Education (MAHE Dubai Campus) at the time of his death.

The guitarist from the local band Metal Head was very popular across all colleges in Dubai Academic City and was known for his guitar skills, said his friend and fellow rock artist Gaurav Manna.

"The University has been informed today by the Police of the tragic death of Himanshu Sharma, a student of MAHE Dubai. It's a moment of shock for all of us at the University. We are awaiting further information on the same," said a spokesperson of MAHE.

Mr Sharma stood out for his great taste in music.

"He was popular in college, too, as he played guitar with a couple of successful bands like Slaves of Conspiracy and Nutmeg," Mr Manna said.

"He was very friendly to everyone. It was always easy being around him. Even a stranger could become best friends with him in five minutes. His death affected everyone around him, close or not," he said.