"Not A Single Riot In Last 2 Years, UP Model For Nation": Yogi Adityanath

Presenting a report card of UP government, Yogi Adityanath said the BJP-led state government had been able to change the perception about the state 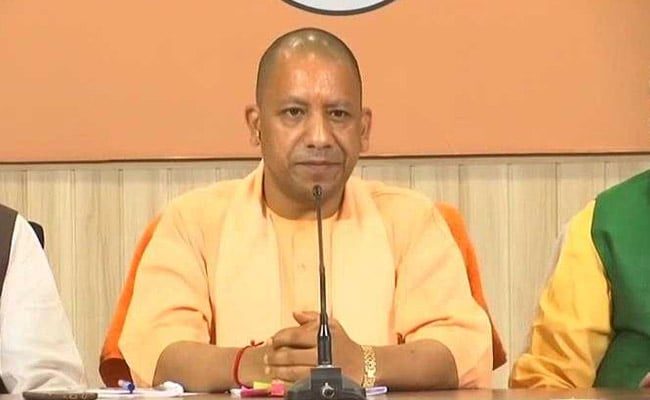 The secure atmosphere in UP had become an example for the rest of the country: Yogi Adityanath

Chief Minister Yogi Adityanath asserted Tuesday his government has changed the image of Uttar Pradesh and the state's law and order has become a model for the country as not one incident of rioting happened under his watch.

Presenting a report card on the completion of two years of his government, he said when he assumed office in March 2017, debt-ridden farmers were committing suicides and Uttar Pradesh had become "synonymous with murder, loot and riots."

"Mafia was looting the state's resources under political patronage. Mafia was rampant in SP, BSP rule," he alleged. "There was a long era of scams."

Mr Adityanath said he has changed the "perception about the state" and improved its "tarnished image". The better atmosphere has become a "nazeer" (model) for the country, he said.

"However during thee BJP government, not a single riot took place. Nor were there any incident of acid attacks or kidnapping," he claimed.

Though there has been no major communal violence in Uttar Pradesh during the past two years, a mob of 400 people, including right-wing activists, had fought pitched battles with police in Bulandshahr district in December last year.

The violence in Siana area of Bulandshahr happened apparently after right-wing activists were angered by the discovery of cow carcasses strewn in a nearby jungle.

In January last year, a 22-year-old youth was shot dead during a"Tiranga Yatra" by some people after which a series of violent incidents and arsoning had taken place in Kasganj.

Taking lesson from it, the state government that year denied permission for any such procession on Independence Day in the western Uttar Pradesh city.

On Tuesday, at his press conference in Lucknow, Mr Adityanath cited the reported exodus of Hindus in 2017 from Kairana, another city in western UP, "due to anarchic forces".

"However", he said, "today peace has returned as well as the traders who had fled from there."

The exodus of Hindus from Kairana was a major poll issue for BJP in the 2017 assembly election in Uttar Pradesh.

The chief minister said the confidence of the state police force has gone up and there is no interference from his government in their functioning.

"There is zero tolerance for crime and criminals and 73 criminals have been killed in police encounters. Unfortunately, half-a-dozen police jawans also attained martyrdom in the encounters," he said.

Mr Adityanath also said that the UP Foundation Day was celebrated for first time after 68 years in 2018.