Crime In UP Set To Be Key Issue In 2019 Lok Sabha Polls: Yogi Adityanath

Chief Minister Adityanath recently told PTI that the "eagerness" being shown by big firms to invest in the state indicated that the situation has improved. 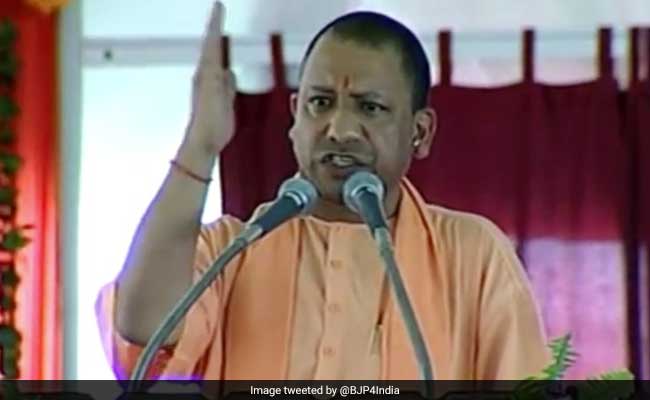 Yogi Adityanath said that situation has improved in UP.

With the Lok Sabha polls just months away, the law and order situation in Uttar Pradesh is set be a key election issue for both the ruling BJP and the opposition in the state.

Chief Minister Adityanath recently told PTI that the "eagerness" being shown by big firms to invest in the state indicated that the situation has improved. Police officers have cited figures that back the claim.

But human rights organisations and the opposition parties disagree.

The NGOs also express concern over the increasing number of police encounters and the cases of "police brutality" which surface on social media.

Opposition parties claim that the law and order situation has only worsened since the BJP government took over in UP about 16 months ago.

Cases like the alleged rape of a 17-year-old girl by BJP MLA Kuldeep Singh Sengar make the ruling party vulnerable to the opposition charge.

The rape victim's father later died, allegedly after being beaten up in police custody. The CBI has now stepped in, arresting the MLA's brother and four others in connection with the death.

Opposition leaders also cite the shooting in Baghpat jail where gangster Munna Bajrangi was killed by another inmate. They say this indicates that people are not safe even in prison.

"Though the governor has been saying time and again that the law and order situation needs to be improved, the state government is not heeding his directive," Samajwadi Party chief and former chief minister Akhilesh Yadav told a meeting of SP workers here.

The apparent reference was to an observation by Governor Ram Naik, who praised Adityanath for "improvement" in the situation but also said there was scope to do more.

UP Congress chief Raj Babbar has also attacked the police, saying they harass the poor and act as "bouncers" for the state government.

"The first responsibility of any elected government is to ensure the security of the citizens, but an atmosphere of fear prevailing across the state suggests that there is no government in the state," he told Congress workers.

Vandana Misra, general secretary of People's Union for Civil Liberties (UP unit), claimed that the crime situation has worsened and atrocities against the Dalits and the Muslims are increasing. "Even crime against women has increased," she claimed.

Voluntary organisation Rihai Manch's general secretary Rajiv Yadav said the behaviour of the state police is no different from that of the goons.

"A large section of society, especially the Dalits, the minorties and the backwards, are frightened," he said.

But Director General of Police O P Singh claimed there has been a drastic fall in cases of crime under categories like murder, rape and dacoity in the past six months.

Cases of dacoity have come down by 37 per cent, looting 19 per cent, murder 1 per cent, burglary 13 per cent and rioting 7 per cent, kidnapping for ransom 9 per cent and rape 7 per cent between January 1 and July 15 over the corresponding period in the previous year, according to police figures.

The state police have arrested 5,677 criminals, including 2,068 reward-carrying offenders during the period, he told reporters recently.

According to police figures, 62 criminals have been killed in police encounters between March 2017 and July 15, 2018 - roughly the period the Adityanath government has been in power.

"Encounters damage the rule of law and criminal justice system. This also leads to the politicisation of criminals as fearing police action, they join the ruling party," said Lenin Raghuvanshi, founder of People's Vigilance Committee on Human Rights.

More important, many of those killed or injured in such encounters might not be criminals at all, he said.

After one such encounter, in which alleged gangster Sumit Gurjar was shot dead by the police in Noida, the National Human Rights Commission (NHRC) sent a notice to the UP government.

Recently, the Supreme Court also sought a response from the state government on a plea seeking a court-monitored CBI or SIT probe into the recent deaths in police encounters.

Lawyer Sanjay Parikh, appearing for the PUCL in the apex court, alleged that about 1,100 encounters have taken place in the past year, killing 49 people and injuring 370 others.

In its plea, the NGO referred to news reports quoting the chief minister, his deputy Keshav Prasad Maurya and Additional Director General (law and order) Anand Kumar and claimed that they had "justified" the encounter killings of criminals.

The plea recalled that the chief minister had on November 19, 2017 said criminals will be "jailed or killed in encounters".

It also quoted an observation by the NHRC, which said that it seemed that "the police personnel in the state of Uttar Pradesh are feeling free, misusing their power in the light of an undeclared endorsement given by the higher-ups."