Speaking in the state assembly, the Chief Minister said, "Virus grows in dirt. There is a campaign to clean this kind of dirt." 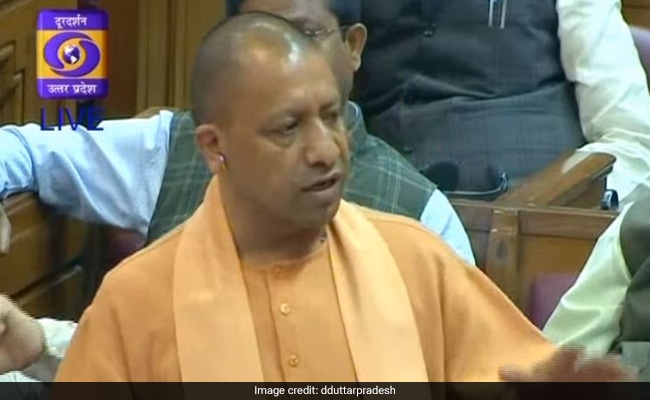 UP Chief Minister Yogi Adityanath made a veiled reference to Azam Khan.

After Samajwadi Party MP Azam Khan and his family surrendered before a Rampur court in a fake birth certificate case, Uttar Pradesh Chief Minister Yogi Adityanath on Wednesday said in the state assembly that his government was cleaning all the "dirt".

Speaking in the state assembly, the Chief Minister said, "Virus grows in dirt. There is a campaign to clean this kind of dirt."

He was apparently referring to the arrest of Azam Khan and the BJP-led state government's resolve to punish corrupt leaders.

Senior police officer Santosh Kumar Mishra told PTI that the Khan family members has been sent to jail for seven days by a court in western Uttar Pradesh's Rampur town.

The case relates to two birth certificates for Abdullah Azam, who allegedly also gave a wrong date of birth while filing his nomination papers for the assembly elections in 2017.

Abdullah's election was set aside by the Allahabad High Court last December. He then approached the Supreme Court, which is still hearing the case.

Rejecting the opposition Samajwadi Party's claims of vendetta politics, the chief minister asserted that his government has never discriminated against anyone.

"We have never discriminated. Our minister came and asked whether power has to be supplied to Rampur and I said it should be as it was in the past," Yogi Adityanath said.

The BJP leader's remarks on Rampur, the hometown of Azam Khan, evoked laughter from the treasury benches.