His supporters say the notice is based on a distorted version of the speech, in which he seemed to say "Bajrang Bali is such a god that he is a forest-dweller, lives in the mountains, is a dalit, deprived..." 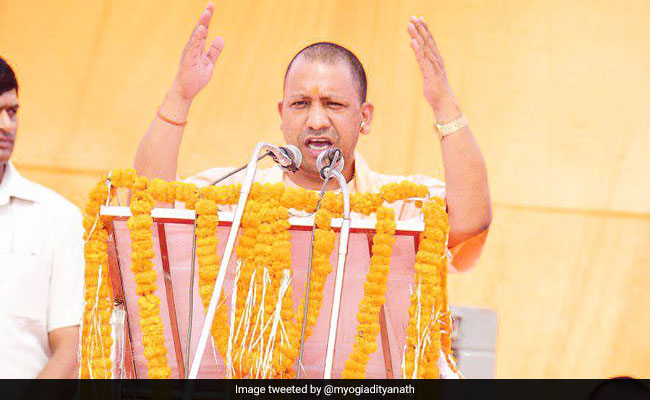 Yogi Adityanath has been criticized for his comment on Lord Hanuman in Rajasthan. (File photo)

Yogi Adityanath, headlining rallies of the ruling BJP in states where elections are being held, has been criticized for his comment on Lord Hanuman in Rajasthan. A right-wing group has sent notice to the Uttar Pradesh Chief Minister asking for his apology within three days.

Yogi Adityanath, known for his provocative comments, had said at a rally in Alwar on Tuesday: "Bajrang Bali (Hanuman) is such a god that he is a forest-dweller, lives in the mountains. Dalits, deprived, he takes everyone along, from east to west, north to south, and unites them all." He urged the crowd to take a "Bajrangi sankalp (vow)" to vote the BJP candidate.

A group that calls itself the "Rajasthan Sarv Brahmin Mahasabha" has sent the saffron-wearing chief minister a legal notice accusing him of playing on Hanuman's caste for votes in Rajasthan, which will vote on December 7. Yogi Adityanath's supporters say the group has based its notice on a distorted version of Yogi Adityanath's speech, in which he seemed to say "Bajrang Bali (Hanuman) is such a god that he is a forest-dweller, lives in the mountains, is a dalit, deprived..."

Yogi Adityanath's statement has hurt the sentiment of several devotees, the group's chief Suresh Mehta has reportedly said in the notice. "Those who are deprived they get strength to fight the odds. It is a sheer attempt to take political mileage in election," he says in the notice, according to Press Trust of India.

Another Bajrang Bali reference had made news at a Yogi Adityanath rally in Madhya Pradesh.

Citing a video that showed senior Congress leader Kamal Nath apparently asking Muslim leaders to ensure en masse votes for the Congress, the UP Chief Minister said: "I recently read a statement by Kamal Nathji that the Congress does not need Scheduled Caste/Scheduled Tribes votes. The Congress only wants Muslim votes... Keep your Ali, Bajrang Bali is enough for us."