Yet another ceasefire violation by Pakistan, no casualties 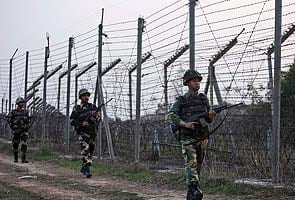 Jawans patrolling the border at the Line of Control

Poonch, Jammu and Kashmir: In fresh incidents of ceasefire violations, Pakistani troops today fired at Indian posts in Hamirpur and Mendhar along the Line of Control (LoC) in Poonch district of Jammu and Kashmir, drawing retaliation from Indian troops.

The firing took place around 1600 hours and it continued till 1645 hours, he said.

However, there was no loss of life or injury in the firing, the spokesman added.

At around 8:30 AM this morning, Pakistani troops opened fire from automatic weapons and mortars in Hamirpur and Mendhar along the LoC in Poonch district of Jammu and Kashmir.

The troops of the neighbouring country had yesterday fired in the same area, leading to exchanges between the two sides.

They had earlier fired heavily on Indian posts in Hamirpur and Balakote border belts along the LoC in Poonch and also pounded civilian areas in Mankote and Mendhar belts.

Promoted
Listen to the latest songs, only on JioSaavn.com
This year, there have been 82 violations by Pakistan till August.

From August 6, there has been increase in frequency with over 20 violations taking place including the tragedy in which five soldiers were killed in Poonch by Pakistani troops.