Yashwant Sinha used the words with which the Prime Minister had opened his letter to the nation on the first anniversary of his second term. 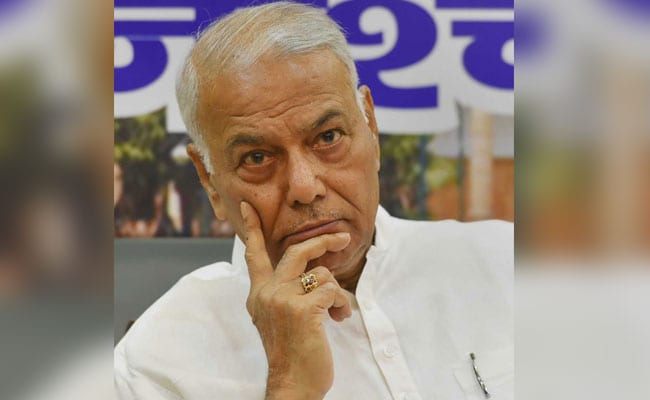 Yashwant Sinha has been sharply critical of the government of PM Modi.

Former union minister Yashwant Sinha today "congratulated" Prime Minister Narendra Modi for bringing in a "golden chapter in the history of Indian democracy" in a sarcastic tweet that talked about India climbing to the top in coronavirus cases and the economy collapsing.

"Congratulations to PM Modi for ushering in 'a golden chapter in the history of Indian democracy'. The next year promises to be even better when India will climb to the top in Covid cases and the economy would have collapsed totally," Yashwant Sinha, who quit the ruling BJP in 2018.

Mr Sinha used the words with which the Prime Minister had opened his letter to the nation on the first anniversary of his second term. "This day last year began a golden chapter in the history of Indian democracy. It was after several decades that the people of the country voted back a full-term government with a full majority," PM Modi had written.

Mr Sinha, who was Finance Minister in BJP governments in the past, has been sharply critical of the government of PM Modi and its economic policies over the past few years.

Despite the surge in COVID-19 infections, the government has announced a phase reopening of various sectors in its latest version of lockdown.

"Unlock 1" came into effect today, and will have an "economic focus", the government said in its latest lockdown guidelines on Saturday.

The decision to start unlocking the country follows the latest GDP numbers, which showed the slowest growth in 11 years, and a survey that says over 12 crore have lost jobs during the lockdown.

Mr Sinha mocked the government on the GDP figures in a tweet: "The sharp decline in economic growth rate in the first year of Modi-2 is not because of any fault of this government but because of Pt Nehru. If he had not ruled India from 1947 to 1964 India today would be growing at double digit."