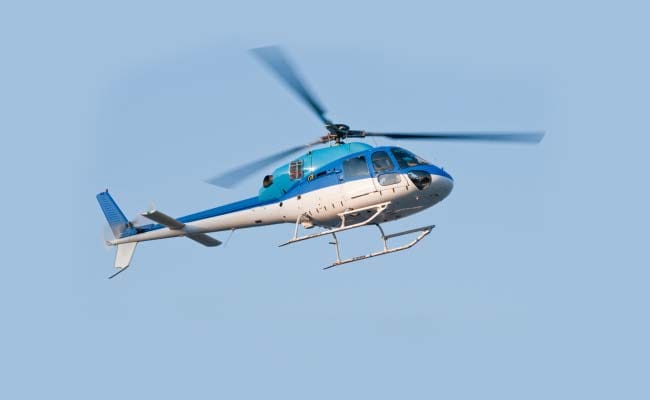 "The Air Force has confirmed that the wreckage of the missing helicopter has been found 12 km south of Khonsa, the headquarters of Tirap district," Minister of State for Home Kiren Rijiju said.

The Dauphin VT-PHK helicopter owned by Pawan Hans Helicopters Ltd took off from Khonsa for Longding last week with a government official and two pilots and lost communication with the Air Traffic Control (ATC) five minutes after departure.

The helicopter was on a routine sortie to Longding and was to return to Mohanbari airport in Assam's Dibrugarh city when the contact was lost. The ATC received the last signal from the chopper near Deomali in Tirap, officials said.

A massive search operation was launched to trace the missing chopper.

In 2011, then Arunachal Pradesh chief minister Dorjee Khandu and four other people died after their Pawan Hans chopper crashed at a remote location in the state.

Following the crashes, commercial chopper services were stopped in the state till 2013 when Pawan Hans restarted service in Arunachal Pradesh and other parts of the region.

It is one of the major lifelines in landlocked Arunachal Pradesh.