Won't allow Playboy Club to operate if anything is wrong: Goa chief minister 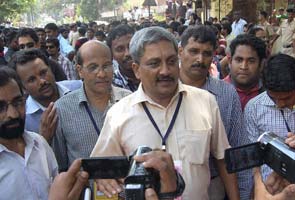 Panaji: Goa Chief Minister Manohar Parrikar today said he will inquire into the entry of Playboy Club, the Indian franchisee of the US-based group, in the state.

"We will not allow it (to operate) if there is anything wrong," Mr Parrikar said, responding to a question on the announcement of Playboy Club to set up shop in Goa.

"I will have to look into the matter. Just because the name of the club is Playboy, we cannot conclude anything," the Chief Minister added.

Playboy's property at Candolim beach would be the first amongst 100-odd properties that the international group has planned to open in India in the next ten years.

Director of Tourism Nikhil Desai told PTI that his department was yet to give permission for the club. "What I know is that setting up is at the discussion stage," he said.

Mr Desai had earlier said that the department will shut down the Club if there was nudity, vulgarity or obscenity in the entertainment provided there. Women's organizations in the state have opposed the Club's entry.
Comments
Playboy