Pilibhit's Chief Medical Officer (CMO) Alok Sharma said that a probe in connection with the incident has been initiated. 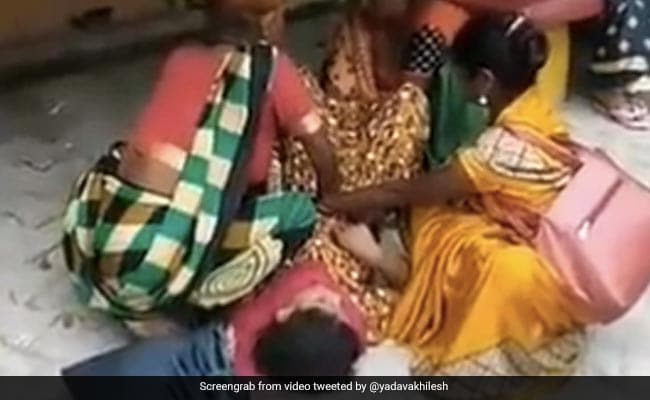 The woman outside the hospital in UP's Pilibhit

The district administration has terminated the service of a nurse and ordered a departmental action against a doctor, two days after a woman delivered a child outside a government hospital.

On Wednesday, Samajwadi Party (SP) president Akhilesh Yadav had tweeted a video of the woman delivering the child outside the district's women hospital.

"A woman forced to deliver in the open outside the district's women hospital under the BJP rule. How can we celebrate Amrit Mahotsav," he had tweeted.

Pilibhit's Chief Medical Officer (CMO) Alok Sharma told PTI that a probe in connection with the incident has been initiated.

"An adhoc staff nurse, Ruby, was found guilty of dereliction of duty. Following this, her service was terminated, " the CMO said.

District Magistrate Pulkit Khare has ordered an "adverse entry" in the service record of Chief Medical Superintendent of the hospital Anita Chaurasia over the issue. PTI COR CDN RDK