The incident, which occurred in a tribal village along the Assam-Mizoram border on September 10, came to light after a video of the incident went viral on the social media on Friday. 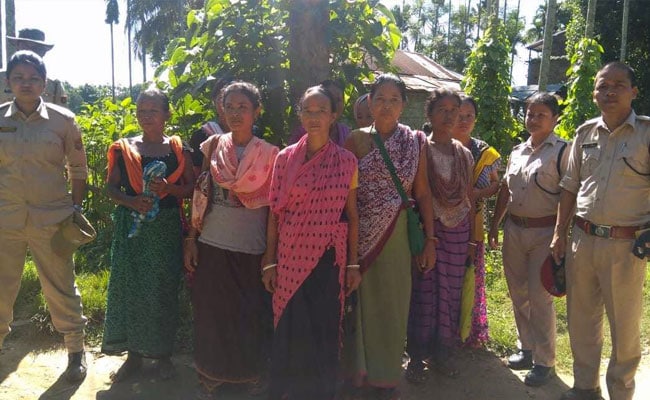 Some of the people arrested for sexually assaulting the woman in Assam's Karimganj district.

As many as 19 residents of a village in Assam's Karimganj district have been arrested for stripping a woman and inserting chilli powder into her private parts as "punishment" for allegedly selling illicit liquor in the area.

The incident, which occurred in a tribal village along the Assam-Mizoram border on September 10, came to light after a video of the incident went viral on the social media on Friday. A scrutiny of the clip revealed that a number of the attackers were women.

Although the survivor filed a case at the Karimganj Chief Judicial Magistrate's court, she did not name anybody. "Early that day, they entered my house after breaking open its door. They stripped and beat me up," the woman said, identifying herself as a widow who lives with her in-laws.

Assam Director General of Police Kuladhar Saikia said the woman was allegedly prevented from approaching the police. "We have picked up 19 people in two days. The main culprits will also be arrested soon," he assured.

According to Karimganj Superintendent of Police Gaurav Upadhyay, the villagers had accused the woman of selling illicit liquor and indulging in "anti-social" activities. "But only an investigation can establish what exactly spurred this particular attack," he said.

"Besides the attackers, police will also take action under the Information Technology Act against those who recorded the video and circulated it on the social media," Mr Upadhyay added.

BJP-ruled Assam has witnessed several instances of mobs doling out vigilante justice over the last few months. Eleven people were arrested in Biswanath district last month for allegedly killing a man and critically injuring three others on suspicion of cattle theft.