Troops of the Central Industrial Security Force rode 1,327 bicycles non-stop with "uniform distance between bicycles in a single line". 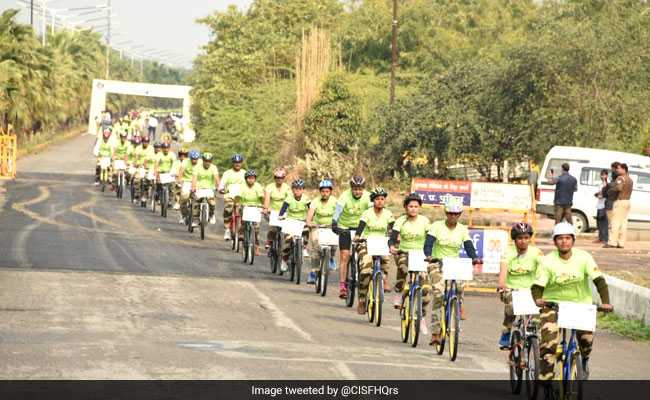 Troops of the Central Industrial Security Force today created history by achieving a Guinness world record feat in ''single line bicycle parade'' to mark the 50 years of the paramilitary force.

The new record was created at the Yamuna Expressway in Noida, with personnel of the central force riding 1,327 bicycles "non-stop with uniform distance between bicycles in a single line," officials said.

"The bicycle parade covered 3.2 km distance non-stop. Earlier, this record was held by Hubballi bicycle club of India which had 1,235 bicycles in single chain," a CISF spokesperson said.

The parade required a high degree of discipline as entire formation had to keep moving, keeping in mind that the distance between two cycles should not exceed the length of three, for the world record to be broken, he added.

The Guinness World Record presented a certificate to CISF Director General Rajesh Ranjan and other senior officials, authenticating the feat, he said.

The CISF is tasked to guard a majority of civil airports in the country apart from vital infrastructure in the aerospace and nuclear domain.