With Focus On Migrant Children, Centre To Universalise Nutrition Access

"The idea is that once the beneficiaries migrate, their details will be updated on the Poshan tracker app so then they can be connected to their area's Anganwadi centres from where they can collect the 'take-home ration," the official said. 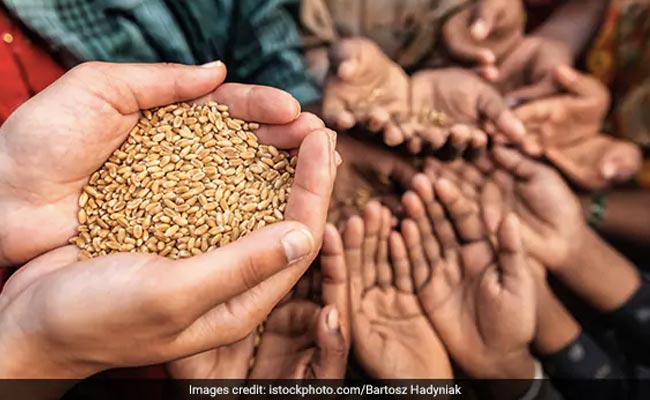 To ensure that children, especially of migrant parents shifting from one state to another, are not left bereft of benefits of 'take-home ration' from Anganwadi units, the Centre has asked states to connect the beneficiaries through its digital malnutrition measuring tool Poshan tracker to universalise nutrition access.

Explaining the utility of the proposal, a senior women and child development ministry official said it was often seen that when children of migrant workers move from one state to another with their parents they often lose out on the Anganwadi benefits that were provided to them in their previous state.

"So the WCD ministry has proposed that the Anganwadi services should be digitised through the Poshan tracker to keep a tab on the nutrition access of the children moving across state-lines," the official said at a sub-zonal meeting of the Ministry of Women and Child Development in New Delhi.

"The idea is that once the beneficiaries migrate, their details will be updated on the Poshan tracker app so then they can be connected to their area's Anganwadi centres from where they can collect the 'take-home ration," the official said.

Earlier, due to lack of this digital connection, the beneficiaries would need to get all their details with documents to be entered manually at the new Anganwadi centres which would lead to many of them not getting the 'take-home ration' for their children, he said.

The ministry has also supplied Aadhar kits to states to be given to all child development project officers so as to ensure that the child can get Aadhar and then be linked to government schemes and Poshan tracker, the official said.

"When you move from one place to another, it becomes easier for beneficiaries to identify you as part of the programme as a whole and that is why when we are proposing to the states that you universalise Poshan access...we are riding on the Aadhar linkage of the beneficiary," the official said.

"We have universalised access to nutrition through Poshan 2, to ensure that your benefit does not get arrested to a particular Anganwadi. You can take your benefit just like your ration card, you can take it from one state to another you migrate to," the official said.

He added, "So our effort now is that inter-state also that particular facility is now visible on Poshan tracker and has to be used by all the states to ensure none of the states get left behind."

The government has launched an app, Poshan tracker, using which Anganwadis add parameters like weight and height of the child to ascertain if it is malnourished or not and then provide the desired treatment.

The deliverance of food packets or 'take-home ration' have also been linked to Poshan tracker so as to ensure that the packet is reaching the beneficiary, the official said.

"We also have a system to call that beneficiary independent of that administration to check whether they have received the supplementary nutrition or not," the official said.

The country is battling alarming levels of malnutrition.

To combat malnutrition, the government launched Poshan Abhiyan under which initiatives like use of Poshan tracker have been added.

Malnutrition refers to deficiencies, excesses, or imbalances in a person's intake of energy or nutrients.