The picture of 17-year-old Rawya abu Joma'a of Gaza, an alleged victim of an Israeli attack, was taken by award-winning American photo journalist Heidi Levine in 2014. 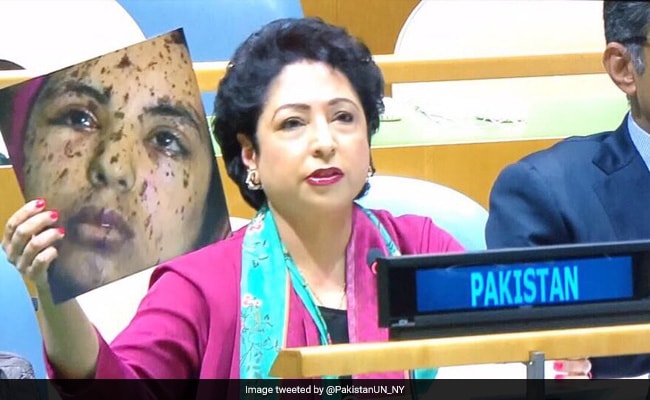 United Nations: United Nations General Assembly President Miroslav Lajcak has said that he will look into how to deal with the use of erroneous pictures, days after Pakistan's Permanent Representative to the UN used a photo to portray an injured Gaza girl as a Kashmiri pellet gun victim.

Exercising her right to reply hours after External Affairs Minister Sushma Swaraj blasted Pakistan for its support to terrorism, Maleeha Lodhi, on the floor of the UN General Assembly on Saturday, held up a photograph of a woman whose face was peppered with alleged pellet gun wounds.

"This is the face of Indian democracy," Lodhi had claimed.

The picture of 17-year-old Rawya abu Joma'a of Gaza, an alleged victim of an Israeli attack, was taken by award-winning American photo journalist Heidi Levine in 2014.

When asked if he would like to set some sort of factual baseline when people make use of a wrong photograph, Lajcak said, "I will certainly think about it".

At the same time, he said it was a matter of diplomacy.

Promoted
Listen to the latest songs, only on JioSaavn.com
"It is not for me to answer. It's for the delegations that are involved. I want to use but not misuse my position as President of the General Assembly," he said.

India on Monday said Pakistan had tried to mislead the UN General Assembly by displaying a fake picture to spread falsehood about the country.