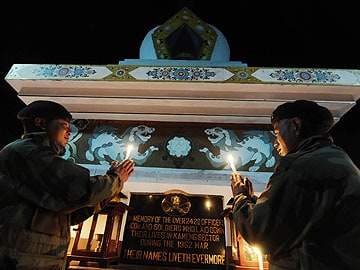 New Delhi: A top secret report on how the government and military bungled the war with China cannot be made public without the consent of the army, said top sources in the Defence Ministry today.

Their clarification comes after Defence Minister Arun Jaitley  told parliament that "disclosure of any information to this report would not be in national interest."

Before the national election in May,  Mr Jaitley and his party, the BJP,  had demanded that the government of Dr Manmohan Singh release the report by former army Lieutenant General Henderson Brooks so that the country would know how the government pushed the military into a war it seemed sure to lose.

Jawaharlal Nehru was Prime Minister when India was defeated in the 1962 conflict.

Explaining the drastically changed stand of Mr Jaitley, sources in the Defence Ministry told NDTV today that the report cannot be made public without the consent of the army, which is "the main stake-holder"  in the investigation which was commissioned by the military after India's humiliating defeat.

Excerpts of the report were leaked  earlier this year by an Australian journalist, Neville Maxwell, who wrote an acclaimed book on the war and said the government's policy of forward deployment in the high mountains had increased the chances of conflict.

The report said that in the months leading to the war, the Indian government ordered the military to patrol and establish posts far into the disputed border as part of a forward policy to deter the Chinese.

Promoted
Listen to the latest songs, only on JioSaavn.com
It held the top military brass also responsible for failing to stand up to the government and tell the politicians that it did not have the resources to support aggressive deployment and that troops would be too thinly spread out.