Ramachal Rajbhar is the MLA from UP's Akbarpur and Lalji Verma from the state's Katehari constituency in Ambedkar Nagar district. 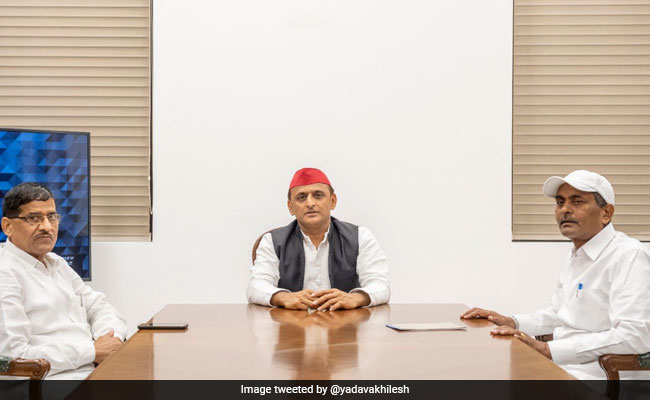 Samajwadi Party is the only alternative in the state, Lalji Verma said (File)

Former Bahujan Samaj Party (BSP) leaders Lalji Verma and Ramachal Rajbhar today announced that they will formally join the Samajwadi Party (SP) at a rally in UP's Ambedkar Nagar district on November 7 in the presence of party chief Akhilesh Yadav.

Ramachal Rajbhar is the MLA from UP's Akbarpur and Lalji Verma from the state's Katehari constituency in Ambedkar Nagar district.

They were expelled from the BSP on June 3 for allegedly indulging in anti-party activities during the panchayat elections earlier this year.

Uttar Pradesh Assembly elections are scheduled for early next year.

Once considered close to BSP chief Mayawati, the two leaders had served as cabinet ministers during the BSP regime in the state.

"I was in BSP for 25 years and Ramachal Rajbhar was there for 35 years. We both were dedicated BSP workers and were expelled on June 3," Mr Verma told reporters at a press conference at the SP headquarters in Lucknow in the presence of Akhilesh Yadav.

"We are here to invite Akhilesh ji for "Satta Parivartan Janadesh" rally in Ambedkar Nagar on November 7 where we, along with our supporters, will formally join SP," he said.

People were fed up with the BJP's misrule and the SP is the only alternative in the state, he added.

Akhilesh Yadav said the number of people joining his party is increasing with each passing day.