Farmers Protest: The Kisaan tractor parade will take place after the annual Republic Day parade, the union said in a press statement. 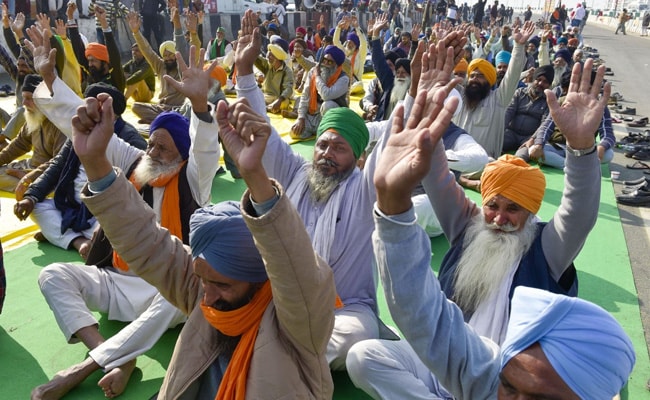 Kisaan Tractor Parade will be another nationwide protest against the new farm laws. (File)

Farmers protesting the contentious agricultural laws near Delhi's borders today threatened to hold a tractor rally - "Kisaan Parade" - in the national capital on Republic Day, just two days before the next round of talks with the centre to resolve nearly the deadlock.  Thousands have been camping on the outskirts of the city since late November, demanding repeal of the three laws. The protesters said they chose Republic Day "because it represents the supremacy of the people of India", and also January 26 will mark the completion of two months of the biggest protests in the farm sector in years.

"We are going to hold discussions (with government) on January 4 (Monday). The Supreme Court is going to hear the matter on January 5. If demands are not met, we will hold a tractor march on Kundli-Manesar-Palwal Expressway in Haryana on January 6. We will protest for 15 days. On January 23, Subhash Chandra Bose's birthday, we will hold a protest outside the Governor's House," Dr Darshanpal, one of the leaders, told the reporters at a press conference held by a seven-member coordination committee of the Samyukt Kisan Morcha.

"On January 26, we will hold a massive rally in Delhi with tricolours on tractors. We give a call for countrywide protests at all headquarters (of the unions)," he added. The farmers' parade will take place after the annual Republic Day parade, the union said in a press statement.

"We intend to be peaceful and we told long ago to the government during our talks that it has only two options - either repeal the three central farm acts or use force on us to evict us," the press statement read.

Earlier this week, as the protesters and the centre met for the sixth round of talks, the government offered to withdraw the Electricity Amendment Bill and the penal provisions for stubble burning in the Air Quality Commission Ordinance. However, an agreement could not be reached on the guaranteed support price. Also, the farmers have demanding repeal of the laws, and the centre hasn't agreed to it.

"The government has refused to agree, even in principle, to our demand for legal right to purchase at MSP. We have no alternative and if the government does not meet our demand by the 26th of January, we will be left with no option other than to start marching peacefully into Delhi," their statement today read.

Amid repeated assurances from the government, farmers say the laws will leave them at the mercy of corporates.