Uttar Pradesh police on Monday announced a reward of Rs 2.5 lakh each for the two suspects allegedly involved in the murder of Kamlesh Tiwari. 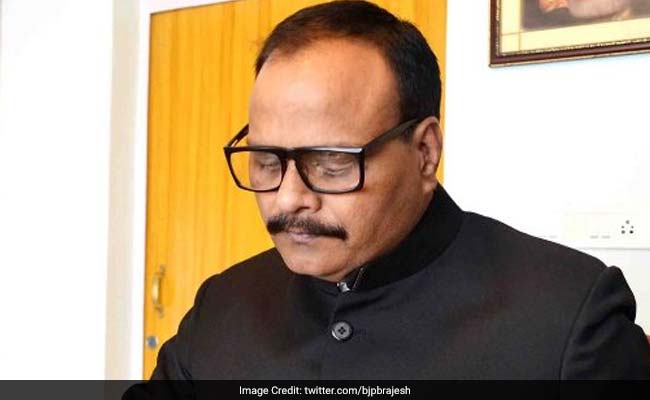 Uttar Pradesh Law Minister Brajesh Pathak on Tuesday extended support to the family of Kamlesh Tiwari and said that the state government will demand death sentence for those responsible for the death of the Hindu Samaj Party chief.

Speaking to news ANI, Mr Pathak said, "His family wants justice. We stand in support with Kamlesh Tiwari's family and the killers will be caught soon. We will take the case to a fast-track court. And we will demand the death sentence for them."

On being asked about the opposition leaders questioning about the law and order situation in the state, he said, "Akhilesh Yadav, Mayawati and Congress -- all three of them have lost their bases in the state. Do take a look at the situation of law and order in their regime but I will request that this serious issue should not be politicised."

Uttar Pradesh police on Monday announced a reward of Rs 2.5 lakh each for the arrest of two suspects allegedly involved in the murder of Hindu Samaj Party leader Kamlesh Tiwari.

The police also released the photographs of the two suspects Ashfaq and Moinuddin.

On Saturday, the three accused, Maulana Mohsin Sheikh, 24, Khurshid Ahmed Pathan, 23 and Faizan, 21, were arrested from Surat by a joint team of the Gujarat Police and the Uttar Pradesh Police for allegedly murdering Mr Tiwari.

On October 18, Kamlesh Tiwari was shot dead at the Naka area of Lucknow, the police had said. He was immediately taken to a hospital where he succumbed to his injuries during the treatment.