PM Modi stated this in a video interaction with Bharatiya Janata Party workers. 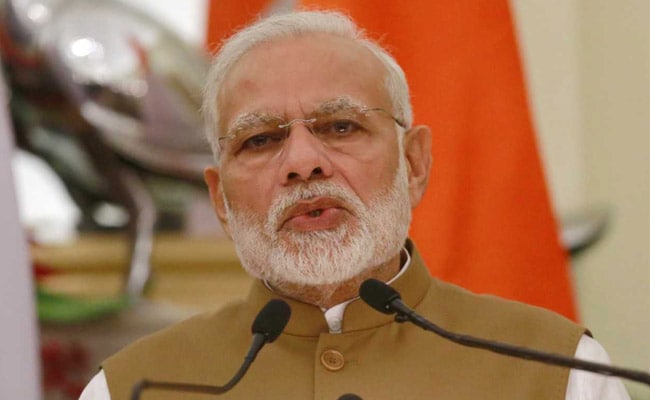 Prime Minister Narendra Modi will join a flag-hoisting ceremony at Red Fort on October 21 to mark the 75th anniversary of the 'Azad Hind government' headed by Subhas Chandra Bose, he announced on Wednesday.

PM Modi stated this in a video interaction with Bharatiya Janata Party workers during which he spoke at length about his government's works to celebrate the contributions of many personalities who, he said, were neglected by the Congress in its rule of several decades.

He also hit out at the Congress over its criticism of him and the BJP government in Gujarat over Sardar Patel's statue project, claiming that the opposition party was in fact insulting Sardar Patel as it always had contempt for the country's first home minister, credited for uniting hundreds of princely states.

History knows that the Congress had a lot of contempt for Sardar Patel and it could never tolerate him being recognised for his works, PM Modi said, attacking the opposition party for its "Made in China" jibe at the project.

The Statue of Unity, said to be tallest in the world, will help the young generations appreciate Sardar Patel's contributions, he added.

While the Congress neglected the likes of Bhim Rao Ambedkar, Bose and Patel, the BJP believed in remembering everybody who contributed to nation-building, he said, citing his government's works, including constructing museums for noted tribal personalities and developing five places linked to Dalit icon Ambedkar.

"We respect everybody who served the country," he said while noting that he recently inaugurated a statue of Sir Chhotu Ram in Haryana.

He was a multi-faceted personality and people should read about him, PM Modi said.