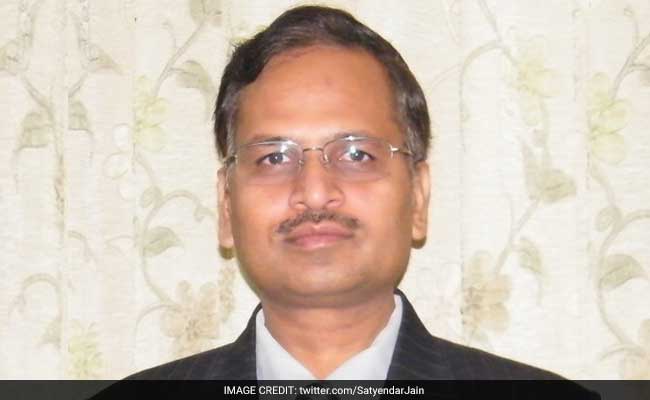 Police cases will not end until assembly elections are over in Goa and Punjab, AAP's Satyender Jain said

Panaji: Aam Aadmi Party has said the frequent police cases against its legislators and leaders will not end until assembly elections are over in Goa and Punjab.

"Merely police case(s) do not prove anything. Do you think police cases are sacrosanct? Why are they coming before Goa and Punjab election where AAP has decided to contest and win?," senior AAP leader Satyendar Kumar Jain told Pres Trust of India while on his two-day visit to the poll-bound state.

He was replying to queries on AAP leaders facing charges of sexual harassment with lawmaker Amanatullah Khan being the latest to face such allegations.

"These cases will continue till the voting day for Punjab and Goa election. If we withdraw from the poll, all of this would stop. Party has taken swift action against those found wrong. We are the only party which has taken strong action. Has any other party done it," the Delhi Health Minister asked.

Mr Jain said their political rivals could not digest the fact that "we, the common man have entered into their space." "Politics was earlier space only for son of politicians and anti-socials. They know that we don't belong to their 'biradari' (clan)," he said.

The leader was confident that there would be no impact on the impression about AAP in the minds of voters despite such tactics.

"A similar campaign was launched months before Delhi election, but you have seen the results, people chose AAP," he added.

He said the party would replicate Delhi's polyclicnic and mohalla clinic model in Goa if it is voted to power in that state.

"Once AAP comes to power we will have one polyclinic each in respective constituency (total 40 constituencies). There will be 8 to 10 mohalla clinics in each constituency depending on the size," he said.

Mr Jain, however, expressed concern that functioning of mohalla clinics in Delhi would be severely affected if the issues faced by them are not resolved by the end of this month.

"All mohalla clinics are currently functioning. Attempts are made to paralyse them. Till now there is no impact, but if some approvals are not given, then at the end of this month, the impact would be seen," he said.

Mr Jain alleged that secretaries (in Delhi) are not forwarding files to him as the Lieutenant Governor has threatened them not to cooperate with the AAP government.