AIMIM chief further alleged that on the instructions of the Supreme Court, "Ashish was called for interrogation and fed breakfast for 10 hours." 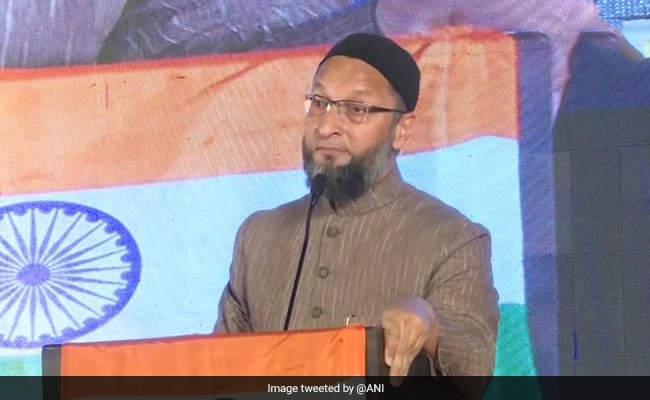 Following the Lakhimpur Kheri incident in which eight people including four farmers died, All India Majlis-e-Ittehadul Muslimeen (AIMIM) supremo Asaduddin Owaisi questioned: "Prime Minister why he is not removing Union Minister of State for Home Affairs Ajay Mishra Teni from the Cabinet."

He further alleged that the minister belongs to an upper caste and sacking him would not garner votes in the upcoming Assembly elections.

"It is because Ajay Mishra belongs to the upper caste, elections are approaching and they won't get the votes of the upper caste. Had his name been Atiq instead of Ashish, wouldn't they have run a bulldozer over his house?" asked Mr Owaisi.

The minister's son Ashish Mishra was arrested last night after 12 hours of interrogation by the Crime branch of the Uttar Pradesh police. He was later sent to judicial custody. Earlier, the police had arrested two people in the case.

AIMIM chief further alleged that on the instructions of the Supreme Court, "Ashish was called for interrogation and fed breakfast for 10 hours."

Samyukta Kisan Morcha, an umbrella body of several farmer unions, had alleged that Ashish Mishra arrived with three vehicles around the time that farmers were dispersing from their protest at the helipad and mowed down farmers and towards the end also attacked SKM leader Tajinder Singh Virk directly, by trying to run a vehicle over him.

However, Ashish Mishra refuted SKM's allegations and said he was not present at the spot where the incident took place.