IAF Air Strike: The government said the air strikes were planned in view of intelligence reports that Jaish was planning more terror attacks in India. 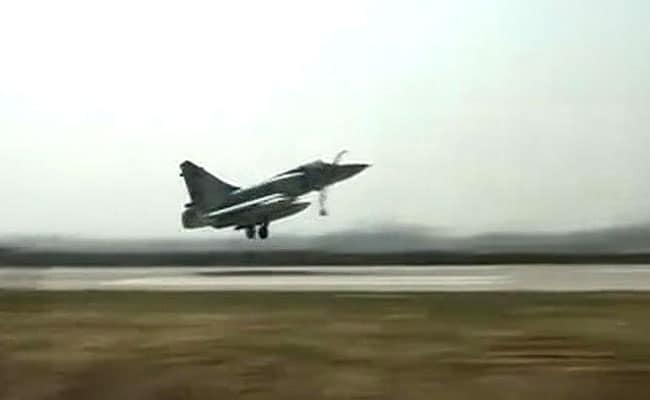 The choice of the Jaish-e Mohammed terror camp at Balakot for the "non-military, pre-emptive" air strikes that took place before dawn today was carefully thought out, top sources in the defence ministry told NDTV today.

The 12 Mirage 2000 aircraft of the Indian Air Force had targeted the camp of the Pakistan-based terror group, which had accepted responsibility for the February 14 suicide attack in Jammu and Kashmir's Pulwama. Forty men of the Central Reserve Police Force had lost their lives.

The government said the air strikes were planned in view of intelligence reports that Jaish was planning more terror attacks in India.

The camp at Balakot -- around 80 km from Pakistan Occupied Kashmir or PoK -- was the "heart of suicide bombers," sources told NDTV. The huge facility, located on a hilltop and hidden by thick forests, housed a number of terrorists.

Yousuf Azhar, who was in charge of the camp, was one of the three terrorists involved in the hijack of the IC-814 in 1999. The seven-day hostage crisis had led to the release of Masood Azhar, who was in an Indian jail at the time, along with two other terrorists.

"This has been a camp for many years and has been historically been used... There were trainers and trainers of trainers," sources said. Before Jaish was formed by Masood Azhar, the camp was also used by Hizbul Mujahideen.

The trainers were former army personnel. The terrorists were given training in the use of advanced weapons, explosives and field tactics, strategy for attacks convoys, manufacture and planting of Improvised Explosive Devices, preparations for suicide bombing, rigging vehicles for suicide attacks and survival in high altitude and extreme-stress situations, sources said.

Situated on Kunhar river, the camp offered possibility of aquatic training to terrorists.

Pakistan has denied any possible involvement in the Pulwama terror attack. India's efforts to get Masood Azhar included in the United Nations blacklist have so far drawn a blank.