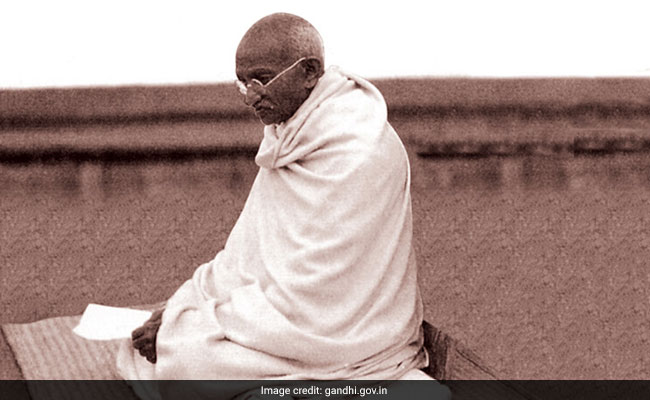 Mahatma Gandhi was denied entry into Bhagavathy Amman temple in Kanyakumari in 1925.

Mahatma Gandhi, who waged many a battle for egalitarianism in Hindu shrines and for the right of lower-caste devotees to access them, was denied entry into a temple -- not because of religion or caste but because he had visited a foreign land.

The year was 1925, the place -- the Bhagavathy Amman temple in Kanyakumari.

Mahatma Gandhi, who was visiting the princely state of Travancore (south Kerala) and the famed temple during his south India tour, articulated his anguish in an article in Navjivan, a weekly newspaper he published.

He said he was allowed to circumnavigate the shrine, but was denied permission by the man in-charge of the temple from proceeding further.

"...Even there my happiness was not untainted by sorrow. I was allowed to make a complete circle, but I was not permitted to go to the inner shrine because I had been to England," he said in the article titled "Darshan of Kanyakumari" (dated March 29, 1925).

Crossing the seas and going abroad was considered taboo by Hindus during the time and those who violated the belief were denied entry into the temples in Travancore. Such people could enter the shrines only after performing special purification rituals.

An upset Mahatma Gandhi wrote, "How can this be tolerated? Could Kanyakumari be polluted? Has this practice been followed since ancient times?"

He also hailed the beauty and tranquillity of the place and mentioned seeing the spot where Swami Vivekanannda used to meditate.

The article, which began with a positive description of the place and its geography, concluded with an appeal that such practices should be removed and a reminder that it was the duty of every Hindu to do so.

"My inner voice cried out that this could not be. Moreover, if it had been, it would be sinful. That which is sinful does not cease to be so or become meritorious through its antiquity.  Hence, I was all the more convinced that it was the duty of every Hindu to make a mighty effort to remove this stigma," it said.

In 1933, eight years after Mahatma Gandhi was stopped at the temple, the king went for an extended trip overseas, including England, Belgium, Germany, Switzerland and Italy, meeting dignitaries such as King George V in London and Pope Pius XI at the Vatican.

Four years after that, he invited Mahatma Gandhi as a special guest at a function in Travancore to mark the historic Temple Entry Proclamation, which opened the portals of temples in the kingdom to the so-called lower caste Hindus.

K Ayyappan Pillai, then a young boy and 106 years old today, remembers seeing the Mahatma during his Travancore visit in 1937. "I am still excited remembering the day...Gandhiji came and took part in the public function at the present university stadium here. Later, he visited the temples with downtrodden people," the freedom fighter and Gandhiansaid as the country celebrates the 150th birth anniversary of Mahatma Gandhi.

Kanyakumari, located on the southern tip of the subcontinent, which is a confluence of three seas, the Bay of Bengal, the Arabian Sea and the Indian Ocean, was part of Travancore kingdom during the colonial era. It was merged with the state of Tamil Nadu in 1956.