When India, US Cooperate They Can Do Incredibly Important Things: White House 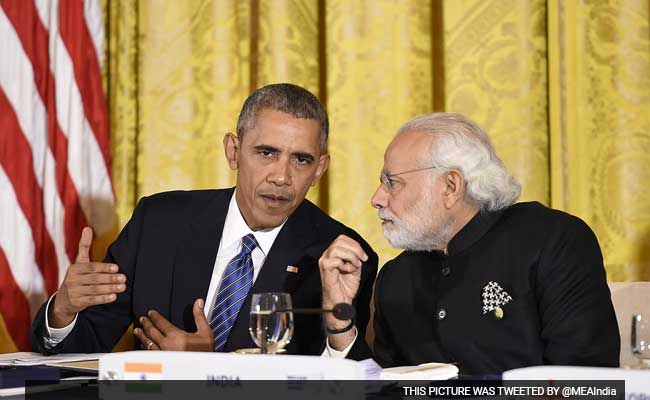 Washington: When India and the United States cooperate, they can do incredibly important things, not only for themselves, but for the entire world, the White House has said nearly a week after US President Barack Obama and Prime Minister Narendra Modi met in Laos.

"The United States and India have been able to work together on a number of shared priorities. There was a lot of scepticism internationally about whether the Paris climate agreement would be reached if India was not prepared to engage constructively in pursuit of a solution. But to his credit, that is exactly what Prime Minister Modi did," White House Press Secretary Josh Earnest told reporters on Wednesday.

"But I think it's a testament to the fact that the world's two largest democracies, when we cooperate, can do incredibly important things, not just for our two countries, but for the planet and the president is proud of the legacy of the US-India relationship that's been established under Prime Minister Modi and President Obama's leadership," Mr Earnest said in response to a question.

President Obama and Prime Minister Modi met in Laos last week on the sidelines of the 14th India-Asean Summit and the 11th East Asia Summit in Vientiane, their eighth meeting in the last two years.

"I know that the President enjoyed the opportunity that he had to sit down with Prime Minister Modi. The two leaders have cooperated extensively on a range of shared priorities particularly with regard to the climate agreement that was reached in Paris at the end of last year," he said.

Promoted
Listen to the latest songs, only on JioSaavn.com
"The President has obviously engaged in an effort to encourage other countries around the world to join that agreement before the end of this year. And certainly, Prime Minister Modi is well aware of the significance of this international agreement. I know that he is supportive of the contents of the agreement because of the positive impact it would have on the future of his nation," Mr Earnest said.

"Typically, when the President has the opportunity to sit down with Prime Minister Modi, they don't just talk about climate, they also talk about other extensive ties between the US and India, particularly with regard to economy and national security," he noted.