Home Minister Bhupendra Singh's invitation came a day after the Supreme Court banned sale of firecrackers in the national capital region - Delhi and surrounding areas - for cleaner air in Delhi. 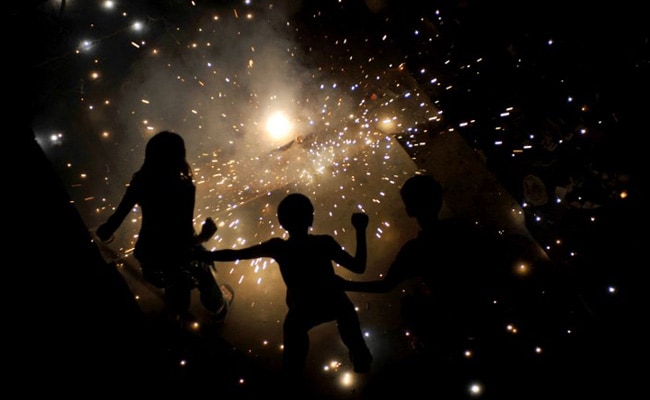 BHOPAL: Residents of Delhi and neighbouring areas who want to burst firecrackers this Diwali have an open invitation from the BJP government in Madhya Pradesh. State Home Minister Bhupendra Singh today promised to make arrangements for Delhiites who want to come over for the festival, saying bursting crackers in state capital Bhopal on one day would not damage its environment, according to news agency Press Trust of India.

The minister's invitation came a day after the Supreme Court banned sale of firecrackers in the national capital region - Delhi and surrounding areas - for cleaner air in Delhi. In the past, Diwali festivities leave the air in Delhi thick with deadly smog and suspended particles that leads to complaints of breathlessness and lung difficulties.

Public health experts including Union Environment Minister Harsh Vardhan - a practising ENT surgeon before he made a career switch and joined politics in 1993 - had welcomed the verdict on Twitter. His tweets, however, disappeared after some people called the ban anti-tradition.

"We talk and dream of RamRaj. What point will it make if we are not able to celebrate Diwali, the celebrations that mark the homecoming of Lord Rama from a 14-year exile," Bhupendra Singh, 57, told reporters, according to news agency Press Trust of India.

Mr Singh said the state government will make arrangements for Delhiites to celebrate (burst crackers) our important festival Diwali in Bhopal "if the people of Delhi contact us over phone or through letters".

Promoted
Listen to the latest songs, only on JioSaavn.com
The senior BJP leader said the environment of Madhya Pradesh, under the leadership of Chief Minister Shivraj Singh Chouhan, was very good and described the state as an island of peace, where the safety and security aspects were "superb".

He also packed in a jibe at the Delhi's Aam Aadmi Party government in his invitation, advising the Delhi government to "work hard to improve the environment which has primarily been polluted by vehicles".