CWC Meeting: Manmohan Singh, the third to speak at the virtual Congress Working Committee (CWC) meeting after KC Venugopal and Sonia Gandhi, asked Sonia Gandhi to remain party president and hit out at the signatories of the letter. 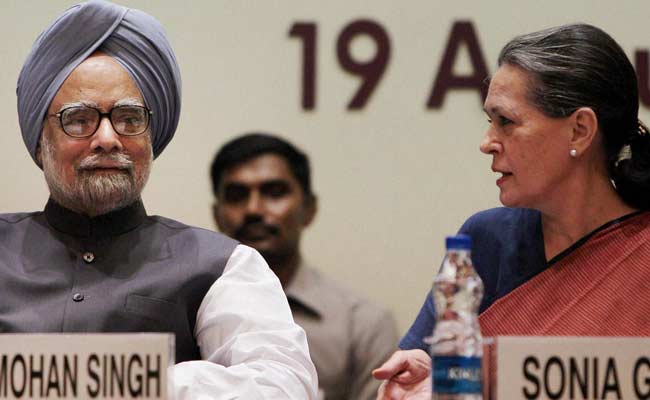 Manmohan Singh was the third to speak at the virtual Congress Working Committee meet. (File)

Shortly after Sonia Gandhi asked her Congress colleagues today to start looking for her replacement, the first person to urge her to continue was former Prime Minister Manmohan Singh. Another senior leader, AK Antony, said if she did not continue, Rahul Gandhi should take over as party president.

Sonia Gandhi's decision comes after a massive controversy over the leak of a letter written by 23 top Congress leaders demanding a "full-time, visible leadership" and asking for sweeping reforms in the organisation and its elections.

Manmohan Singh, the third to speak at the virtual Congress Working Committee (CWC) meeting, asked Sonia Gandhi to remain party president until a full session of the All India Congress Committee, where the process of scouting for a new chief could begin. He also hit out at the signatories of the letter.

"The letter is unfortunate," the former PM reportedly said. He remarked that "weakening the high command is weakening the Congress".

Speaking after Manmohan Singh, senior leader AK Anthony said: "More than the letter, the contents of the letter were cruel." He also spoke about "the sacrifices of Sonia Gandhi," according to sources, and urged Rahul Gandhi to take over as Congress president.

The explosive letter spoke about "uncertainty" over the leadership and the "drift" in the party, which, it said has demoralised workers and weakened the party.

Signatories include Kapil Sibal, Shashi Tharoor, Ghulam Nabi Azad, Prithviraj Chavan, Vivek Tankha and Anand Sharma. The letter stressed that the Gandhis will always be an integral part of a "collective leadership".

A furious Rahul Gandhi intervened and accused the signatories of the letter of working in cahoots with the ruling BJP. He asked why the letter attacked the Congress when it was at its weakest, when it was battling crises in Madhya Pradesh and Rajasthan and when the Congress president (Sonia Gandhi) was unwell.