What Is Yeti? Myths And Legends About The "Elusive Snowman"

Yeti footprints: Yeti is believed to be an "abominable snowman", which has appeared in folktales and popular stories. Over the decades, many have claimed to have seen Yeti, but without much proof. 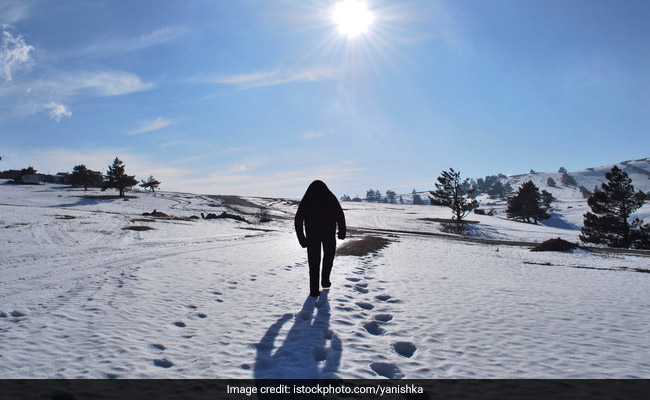 Yeti snowman is believed to be an ape-like creature in the Nepali folklore. (Representational)

The Indian Army has created a curiosity among the people around the world by sharing pictures of "mysterious footprints" measuring 32X15 inches or 81X38 cm in the Himalayas. It suggests that the footprints belong to mythical beast "Yeti" that has been sighted nearby at Makalu-Barun National Park. Yeti is believed to be an "abominable snowman", which has appeared in folktales and popular stories. Many over the decades have claimed to have seen Yeti, but without much proof. Since there is not much evidence about this "elusive Yeti snowman", the scientific community has called it a legend. "For the first time, an #IndianArmy Moutaineering Expedition Team has sited Mysterious Footprints of mythical beast 'Yeti' measuring 32x15 inches close to Makalu Base Camp on 09 April 2019. This elusive snowman has only been sighted at Makalu-Barun National Park in the past," the Indian Army tweeted.

If this "mythical beast" and Yeti footprints have aroused enough curiosity in you, read on to know more about its appearance in folk and popular culture:

In Nepal's folklore, Yeti is an "abominable Snowman", who looks like an ape, is taller than an average human and is believed to live in the Himalayas, Siberia, Central and East Asia.

Yeti, during pre-19th century, has been believed to be a "Glacier Being" who was worshipped by the indigenous communities. The being was depicted as an ape-like creature which carried a large stone as a weapon and made a whistling swoosh sound.

Tales of a wild hairy beast roaming the Himalayas have captured the imagination of climbers in Nepal since the 1920s, prompting many climbers to go looking for it.

Over the years, there have been stories about spotting of Yeti, its footprints, its hair etc, but no credible beast Yeti images.

Yeti and its different names

Himalayan people call Yeti or Meh-Teh with different names. In Tibetan language, Yeti is called "Miche", which means a "man bear". They also refer it as "Dzu-teh", which means cattle bear or Himalayan brown bear. Its other names are Migoi (Tibetan for wild man), Bun manchi (Nepali for jungle man", Mirka and Kang Admi.

Yeti and "The Adventures of Tintin"

"Yeti" has appeared in one of the episodes of popular cartoon show "The adventures of Tintin. In the show, Yeti is shown as a benevolent creature which "internalises certain human characteristics". It portrays Yeti not as a wild animal, but the one that has a human soul.

Most recently, a special four-part episode titled "Hunt for the Yeti" was released by the Travel Channel in 2016.

The scientist community have found little evidence of the Yeti's existence so far. In 2017, a group of international researchers studied multiple purported Yeti samples collected from across the Himalayan region and concluded they belonged to bears.

In 2008, two men in the United States said they had found the remains of a half-man, half-ape, which was eventually revealed to be a rubber gorilla suit.