What Aamir Khan is Saying, All of India is Saying: Congress 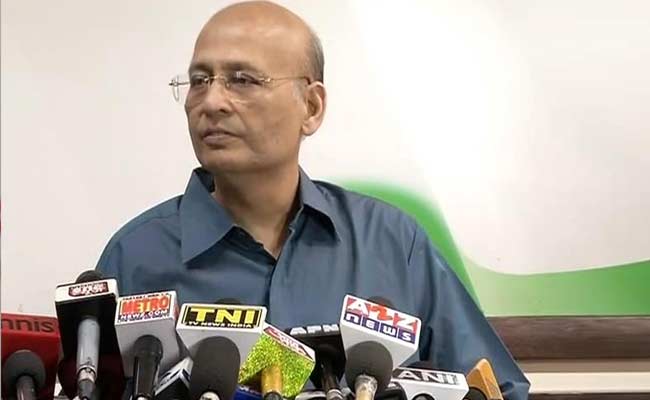 Taking a dig at BJP, Abhishek Singhvi said that Aamir Khan should not be branded as a Congress man for raising the intolerance issue.

New Delhi: Coming in support of Bollywood star Aamir Khan's remarks on intolerance, Congress today said that what the actor is saying, the whole world is saying and asked the BJP led National Democratic Alliance government to pay heed to the message.

"What Aamir Khan, one of the most respected actor, has said in the presence of many senior BJP people is what the whole world is saying, all of India is saying, all right- minded people are saying," Congress spokesperson Abhishek Singhvi said.

Mr Khan, at an award ceremony yesterday, had said that he was "alarmed" by a number of incidences and his wife Kiran Rao had wondered if they should move out of India, He also virtually supported those returning their awards, saying one of the ways for creative people to express their dissatisfaction or disappointment is to return their awards.

The BJP today insisted that some isolated incidents should not be allowed to define India.

Taking a dig at BJP, Mr Singhvi said that the Bollywood superstar should not be branded as a Congress man for raising the intolerance issue.

"These are the people whose conscience is speaking. Instead of criticising them, heed should be paid to the message, not shooting the messenger," Mr Singhvi added.