State Election Commission (SEC) sources said the TMC was also ahead in 2,317 gram panchayat seats for which counting is in progress. 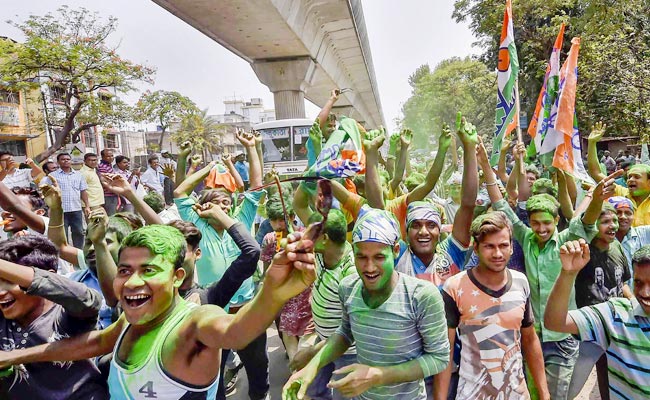 Kolkata: The Trinamool Congress reinforced its dominant position in rural West Bengal's local bodies, elections of which were hit by rampant violence leaving several dead. Mamata Banerjee's party bagged 9,270 seats in gram panchayats, while the BJP emerged as the main challenger in most districts, according to results available till 2 pm today.

State Election Commission (SEC) sources said the TMC was also ahead in 2,317 gram panchayat seats for which counting is in progress.

The Congress won 315 seats and is leading in 61 seats, they said.

Independent candidates have won 707 gram panchayat seats and are leading in 120 seats.

According to the SEC, the TMC has so far won 95 panchayat samiti seats and is leading in another 65, while the other parties are yet to open their accounts.

In zilla parishads, the TMC has won 10 seats and is leading in 25 seats.

The BJP emerged as the main challenger to the TMC in gram panchayat in almost every districts except Murshidabad and Malda, the two Congress strongholds.

In Murshidabad, the TMC has bagged 466 seats, followed by the Congress with 83 seats.

The CPI(M) and the BJP have bagged 48 and 24 seats respectively in the district, SEC said.

In Purulia, the BJP is marginally ahead of the TMC in gram panchayats with 275 seats as against the 262 won by the ruling party till 2 pm, the SEC said adding that the Congress and the CPI(M) had bagged 60 and 44 seats respectively.

The panchayat elections were held for 621 zilla parishad, 6,123 panchayat samiti and 31,802 gram panchayat seats in 20 districts of West Bengal on May 14.

The counting of votes began at 8 am today amid tight security.

Promoted
Listen to the latest songs, only on JioSaavn.com
Of the 48,650 seats in gram panchayats, 16,814 went uncontested. There was no contest for 3,059 of the 9,217 panchayat samiti seats.

In all, 203 of the 825 zilla parishad seats were uncontested, SEC sources said.