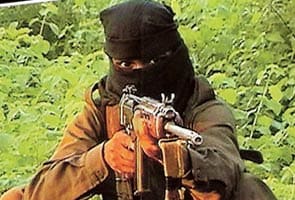 Kolkata: Maoists and interlocutors appointed by West Bengal Chief Minister Mamata Banerjee have issued a joint press release saying "if the government agrees to stop joint force operations in Junglemahal, in letter and spirit, then, Maoists will cease the use of arms for one month". The press release is signed by CPI (Maoist) West Bengal secretary Akash and interlocutor Sujato Bhadra.

Mr Bhadra told NDTV the offer to stop using arms for a month was conditional. The government has to agree to stop joint force operations for a month as a precondition. "We have informed the government about it. Our discussions were positive," Bhadra said.

This development comes four days after Maoist interlocutors met Chief Minister Mamata Banerjee who told them talks with Maoists can continue but not indefinitely.

Promoted
Listen to the latest songs, only on JioSaavn.com
In the last fortnight, after the Maoists killed at least three people, two of them Trinamool leaders, Mamata Banerjee had lashed out at them saying negotiations and killings cannot continue at the same time. The Maoists must choose what they want to do.