The West Bengal chief minister has been a vocal opponent of the Citizenship Amendment Act and National Register of Citizens. 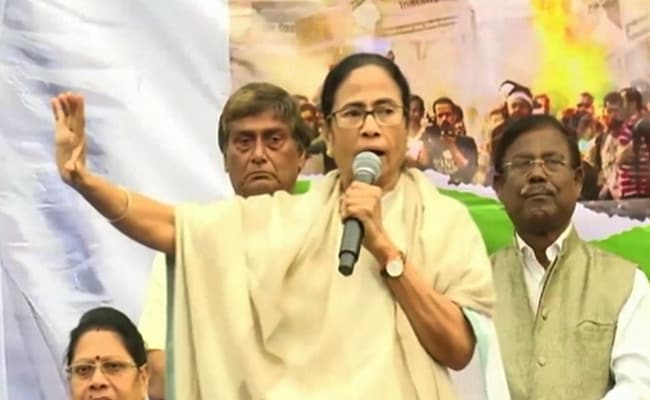 Mamata Banerjeetook out the protest march from Madhyamgram

Chief Minister Mamata Banerjee on Thursday took out a protest march against the Citizenship Amendment Act (CAA) and the National Register of Citizens (NRC) in Madhyamgram.

Before taking the protest march Ms Banerjee said that Trinamool Chhatra Parishad (TMCP), the student wing of TMC will start a sitting agitation at Rani Rashmoni Road in Kolkata from Friday against the CAA and NRC.

Ms Banerjee took out the protest march from Madhyamgram.

The West Bengal chief minister has been a vocal opponent of the CAA and NRC. She has also said that both CAA and NRC will be not implemented in the state.

For quite some time, she has been organizing mega rallies against the CAA and the NRC and has launched attacks on the BJP-led central government over these issues.