Shiv Sena MP Sanjay Raut had yesterday claimed that there were "talks within the BJP" to replace chief minister Devendra Fadnavis, in the backdrop of the violent Maratha quota agitation. 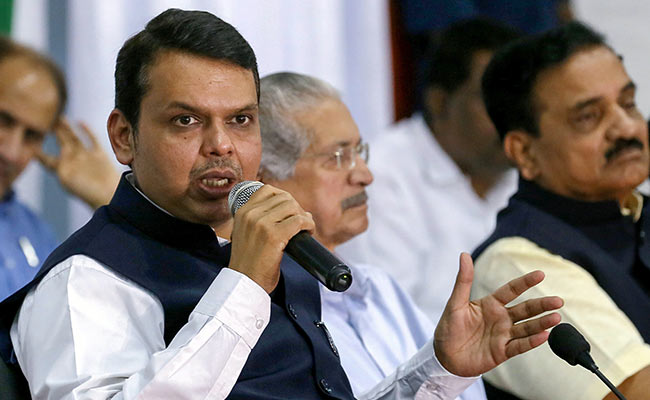 Independent MLA Ravi Rana today warned that he and six other independent legislators supporting the BJP-led Maharashtra government would withdraw their support if Chief Minister Devendra Fadnavis is replaced.

"We have heard that a section of the BJP is contemplating replacing the chief minister. Hence, we want to make our stand clear that our support is to Devendra Fadnavis and if he is replaced, we will withdraw our support to the BJP government," Mr Rana, MLA from Badnera in Amravati district, told news agency PTI.

He said Mr Fadnavis alone was capable of providing reservation to Maratha and Dhangar communities. "(Devendra) Fadnavis is doing good work for the welfare and development of Maharashtra," Mr Rana said.

He was referring to a Shiv Sena leader's statement yesterday that there were talks within the BJP to replace the chief minister.

He said he was clarifying the stand of the group of independent MLAs as he had information that a section of the BJP was contemplating replacing the chief minister in the wake of the ongoing Maratha quota stir, which turned violent.

In the 288-member Maharashtra Assembly, the ruling BJP has 122 members and has the support of three MLAs of Bahujan Vikas Aghadi, one member of Rashtriya Samaj Paksh, seven independents and the lone MNS legislator. With its 63 MLAs, the Shiv Sena is part of the government.

Shiv Sena MP Sanjay Raut had yesterday claimed that there were "talks within the BJP" to replace Mr Fadnavis, in the backdrop of the violent Maratha quota agitation.

"(BJP president) Amit Shah and (Prime Minister) Narendra Modi will take the final decision on changing the leadership in the state. But there is talk within BJP of changing the chief minister," Shiv Sena leader Sanjay Raut had told reporters in Mumbai.

However, two senior BJP ministers have rubbished Mr Raut's claim, saying there was no talk within the BJP of replacing Mr Fadnavis.

Revenue Minister Chandrakant Patil had said there was no reason to replace the chief minister. "The CM is much more in favour of giving Marathas reservation than even I am," he had said.

Forest Minister Sudhir Mungantiwar had said there was no talk within the BJP of replacing Fadnavis. "All decisions in the party are taken collectively," he had said.