Wearing a Seat Belt Could Have Saved Gopinath Munde's Life 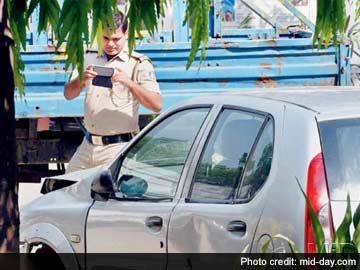 The SX4 that Munde was being driven in, was hit by a Tata Indica at the Prithiviraj Tughlaq Road intersection.

New Delhi: Dr Adarsh Kumar, who was part of the panel of forensic experts that conducted the autopsy on the minister, explained that fracture to the first and second cervical vertebrae caused damage to the brain stem, which in turn caused him to go into cardiac arrest.

Had Union Rural Development Minister, Gopinath Munde (65), worn a seat belt while sitting in the back seat of the car that was taking him to the airport last morning, he could well have averted the injuries that claimed his life, said forensic surgeon Dr Adarsh Kumar, who was part of the panel of experts who conducted the autopsy on Mr Munde's remains at AIIMS, Delhi yesterday.

The SX4 that Mr Munde was being driven in, was hit by a Tata Indica at the Prithiviraj Tughlaq Road intersection.

A forensics team at AIIMS, headed by Dr Sunil Gupta, professor and head of the forensic medicine and toxicology, conducted the autopsy, which lasted for over 2 hours.

Speaking to mid-day, Dr Kumar said, "We have requested the Tughlaq Road police to arrange for a visit to the scene of accident, before we issue the final cause of death. Though we are convinced that this is a case of accident, we want to study the scene."

The minister showed no sign of respiration when he was brought to the hospital trauma ward at 6.30 am. By 6.40 am, the police were instructed to lodge a medico-legal case. Attempts made by doctors to revive him had failed. As per medical protocol, the body was kept in the trauma ward for half an hour, before being pronounced the dead.

It was then shifted from the first floor trauma ward to the ground floor mortuary, attached to which is the post mortem room. After completion of police formalities, the autopsy was started at 9.45 am.

Dr Kumar added, "On physical examination of the body, we found some external injuries, including abrasions and contusions, on the face. The impact of the collision was so forceful from the left side that the minister's liver ruptured completely, with nearly 1.5 litres of blood being collected from his abdominal cavity."

Union Health Minister Harsh Vardhan said that Mr Munde suffered cervical fractures and oxygen to the brain and lungs may have been cut off following the injuries. Dr Kumar explained, "He also sustained a fracture to the first and second cervical vertebrae.

The vertebral artery, which supplies blood to the brain, was ruptured. The fracture to the first and second cervical vertebrae caused damage to the brain stem - which is the centre for functions like respiration and heart rate - and caused Mr Munde to go into cardiac arrest. Had the minister worn a seat belt, the injury would have been minimal, and at least the vital organs could have been protected from major damage."

Dr Vardhan corroborated this, saying, "The major thing that cost him very heavily was a fracture of the cervical spines C1 and C2. When you have fracture at C1 and C2, the blood supply to the brain gets cut off, because the vertebral artery gets damaged immediately."

Mr Munde's body was also embalmed, so it could be airlifted to Mumbai and subsequently to Beed. The viscera has not been preserved, and nor was the autopsy video graphed. The body was handed over to his family by 12.30 pm.
Comments
Gopinath MundeMunde passes awayunion ministerGopinath Munde accidentUnion Rural Development MinisterDelhiHarsh VardhanUnion Health Minister