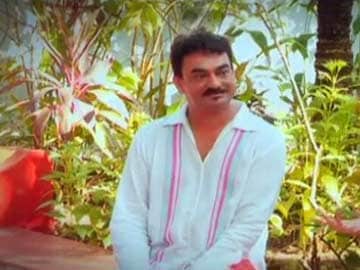 Panaji, Goa: The controversy over a Goa cabinet minister's demand to ban mini-skirts and bikinis in order to "protect Goan culture" refuses to die down, with designer Wendell Rodricks asking him to to wear a loin cloth to work, skip chillies, tomatoes, potatoes, and stop using a table and chair at work if he believes in shunning Western influences and culture.

Mr Rodricks' open letter to "The Goan Minister", does not name Public Works Department (PWD) Minister Sudin Dhavalikar but makes several allusions to the references made by Mr Dhavalikar, who had demanded a ban on bikinis and mini-skirts in Goa's beaches and night clubs.

The letter, which has evoked tremendous support in the social media, also said that the minister's utterances made Goans seem "non-progressive, archaic and dangerously right wing".

"Shirts (European), Pants/Pyjamas (Chinese/Central Asia), socks, T-shirt and baniyan; yes your underwear too (Jersey was invented in Europe), Kurtas (Central Asia, Ottoman, Moghul). That leaves you with a kashti or pudvem and a shawl or cloth to cover your torso. Will you agree to go to your ministry office in this attire?" asked Mr Rodricks in his letter.

Mr Dhavalikar had attracted controversy when he recently said: "Young girls wearing short skirts in nightclubs are a threat to the Goan culture.   He also advised that women should stop drinking, "because it is not good for their health". Chief Minister Manohar Parrikar later said  there was no question of banning bikinis on Goa's beaches.

Mr Rodricks, a Padma Shri award winner, also draws from his research undertaken for his book "Moda Goa: History and Style", which documents the history of Goan costume.

"Since we are on the topic of Indianess, you will have to also stop eating potatoes, tomatoes, chilli, cashew, chickoos, pineapples and many other fruits, vegetables and spices that were alien to India," he said, adding that Dhavalikar would also have to "cut off the power, throw out the table, chairs, computer, telephone, cell phone, aircon, teacups, Rolex watch, Mont Blanc pen. All paper and files too (both invented in China).

Promoted
Listen to the latest songs, only on JioSaavn.com
"The fact is that we have a more progressive mindset than many states in the country. Opinions expressed should not be made until there is a knowledge of history and culture: We are a tourist state. Please do not kill the goose that lays the golden eggs," Mr  Rodricks said.