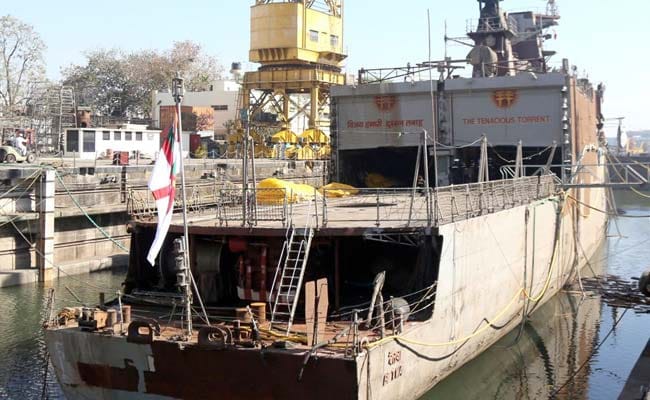 INS Betwa has now completed its refitting and will be moved to another drydock for further repairs.

Mumbai: Navy's frigate INS Betwa, which had slipped off her dock blocks in Naval Dockyard on December 5, was restored to an upright position late last night.

"The ship was floated and made upright in the dock and will be moved to another drydock for further repairs," a Defence spokesperson said today.

The ship was undergoing a long refit at the time of the incident and will now complete her refit, as per original time-lines, prior rejoining Fleet operations, he said. 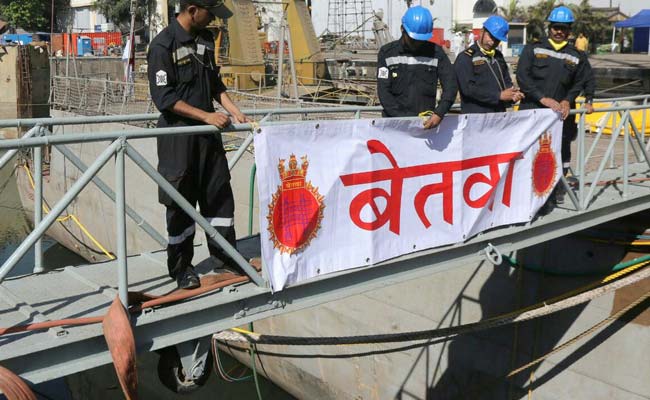 Two crew members were killed in the incident which had occurred during undocking evolution and it was suspected that the dock-block mechanism had failed. The mast of the ship has hit the ground on the left side.

The ship was undergoing refit and the incident had happened as it was undocking in the cruiser graving dock of the dockyard.

INS Betwa is a 4000 tonne frigate of the Brahmaputra class built by Garden Reach Ship Builders of Kolkata and entered service in July 2004.

INS Betwa, a P-16A Class frigate, has been made upright due to the efforts of the Naval Dockyard, Mumbai and the salvage firm M/s Resolve Marine, specially contracted for the operation, the spokesperson said.

"The salvage operations progressed on a war footing and the initial stabilisation of the ship was achieved by December 29, 2016. The complete salvage operation involving complex hydrodynamic calculations and rigging up of intricate measuring and monitoring systems was completed in less than two months," he said.

Promoted
Listen to the latest songs, only on JioSaavn.com
"As the ship was undergoing major refit and mid-life up-gradation since April 2016, majority of the equipment/ machinery had already been removed for routine servicing/ replacement with upgraded equipment.

"The Navy is confident that with in-house expertise and sustained efforts, the ship will be made fully operational by her scheduled date of refit completion i.e by April 2018," he said.