Want An Out-Of-The-World Selfie? Click With This NASA App

Along with the "NASA Selfies" app, the US space agency also launched an exoplanet excursions virtual reality (VR) app 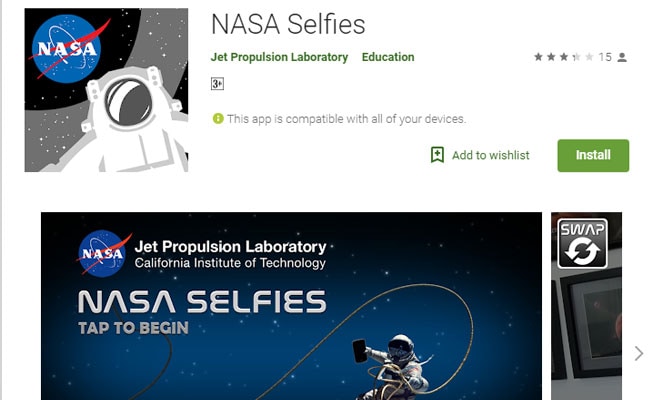 The app, called "NASA Selfies", is available for both Android and iOS

NASA has rolled out a new app that allows you to take a picture of yourself in a virtual spacesuit, posing in front of gorgeous cosmic locations, like the Orion Nebula or the centre of the Milky Way galaxy.

Along with the "NASA Selfies" app, the US space agency also launched an exoplanet excursions virtual reality (VR) app that takes VR users on a guided tour of the TRAPPIST-1 planetary system.

These digital products were created to celebrate the 15th anniversary of the launch of the Spitzer space telescope, NASA said in a statement on Wednesday.

The simple interface of the Selfies app means you just snap a photo of yourself, pick your background, and share on social media.

The app, available for both iOS and Android devices, also provides information about the science behind the images, all of which are taken by Spitzer. 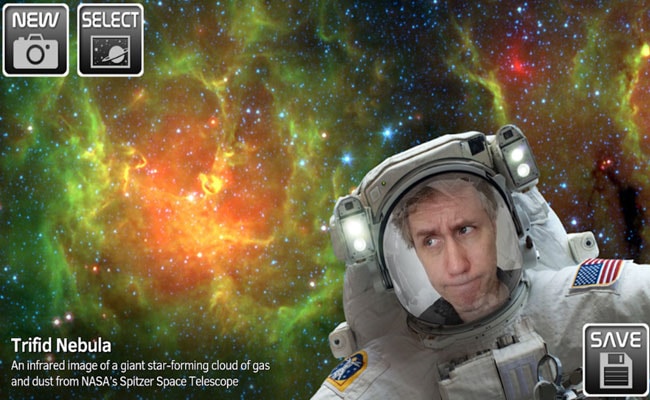 Spitzer played a major role in detecting these planets and providing information that has helped scientists learn about the planets'' likely compositions.

The TRAPPIST-1 system is too far away for telescopes to directly observe these planets, but this VR experience features artists'' impressions of what the planets might look like, NASA said.

These impressions are based on data from Spitzer and other telescopes that have studied the TRAPPIST-1 system.

Users of the app are navigated around five of the seven planets, surrounded by the blackness of space and the faint lights of distant stars.

A 360-degree video is also be available on the Spitzer Youtube page that allows viewers to explore the virtual TRAPPIST-1 system on their desktop, smartphone or with a smartphone-based 360-viewer like Google Cardboard, it added.

Considered a cousin of the Hubble space telescope, the Spitzer space telescope was launched on August 25, 2003, to study the early universe in infrared light.